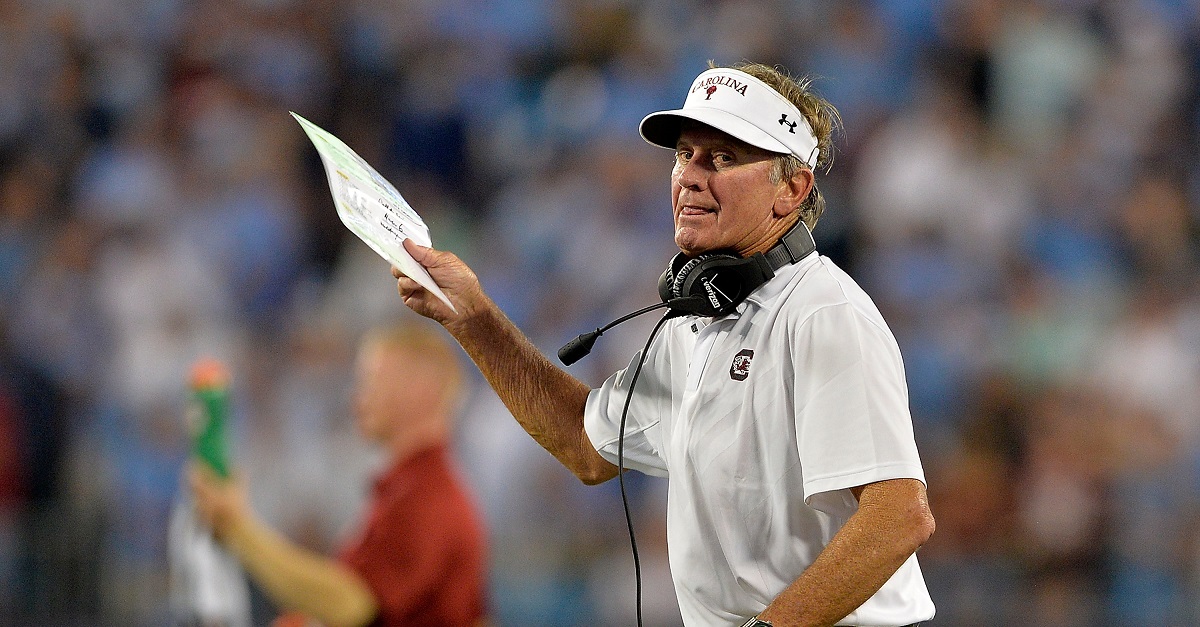 Elliott, the former offensive line and interim head coach of South Carolina, was introduced as Georgia State’s new head football coach on Friday. It appears Elliott — albeit jokingly — had some big plans for his coaching staff, as he apparently asked Steve Spurrier to be his offensive coordinator.

Shawn Elliott "I called Coach Spurrier to see if he would be my offensive coordinator. He asked if he could just come on Saturdays."

Elliott was promoted to South Carolina’s interim head coach last year after Spurrier retired. If anything, Spurrier does owe Elliott a favor, and it’s possible that Spurrier ends up helping out at Georgia State in some minor fashion.