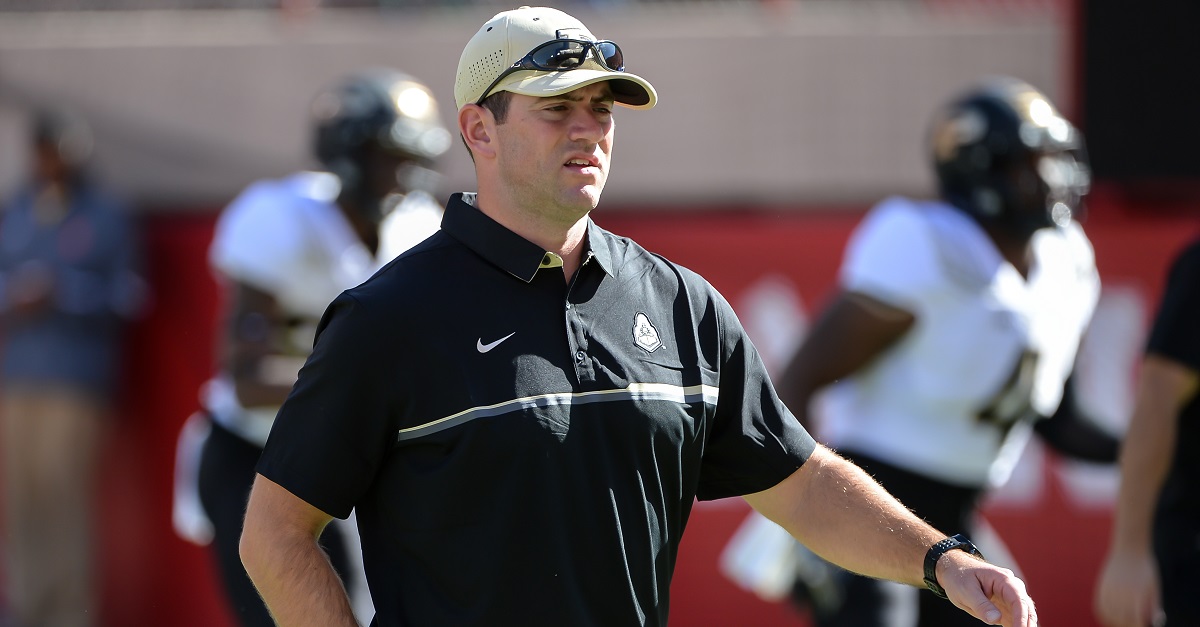 This has been a bizarre few months for one coach.

Via the Journal & Courrier, it appears that former interim Purdue head coach Gerad Parker had found a new home with the Duke Blue Devils. Parker is now listed as an “offensive assistant” on Duke’s athletics website.

Parker was let go by Purdue this year after his six-game stint as the team’s interim head coach. Parker had taken over for fired head coach Darrell Hazell midseason, and was the head man for Purdue’s final six losses last season. He was let go with the school announced they had hired Western Kentucky’s Jeff Brohm as their new head coach.

That was just the start of Parker’s journey, though, as he was later announced as an assistant for Cincinnati in February. However, he left that job in short order to take a job with East Carolina, but that one didn’t last long either; Parker was arrested for a DUI not long after he took the job with ECU, and he was fired for the incident.