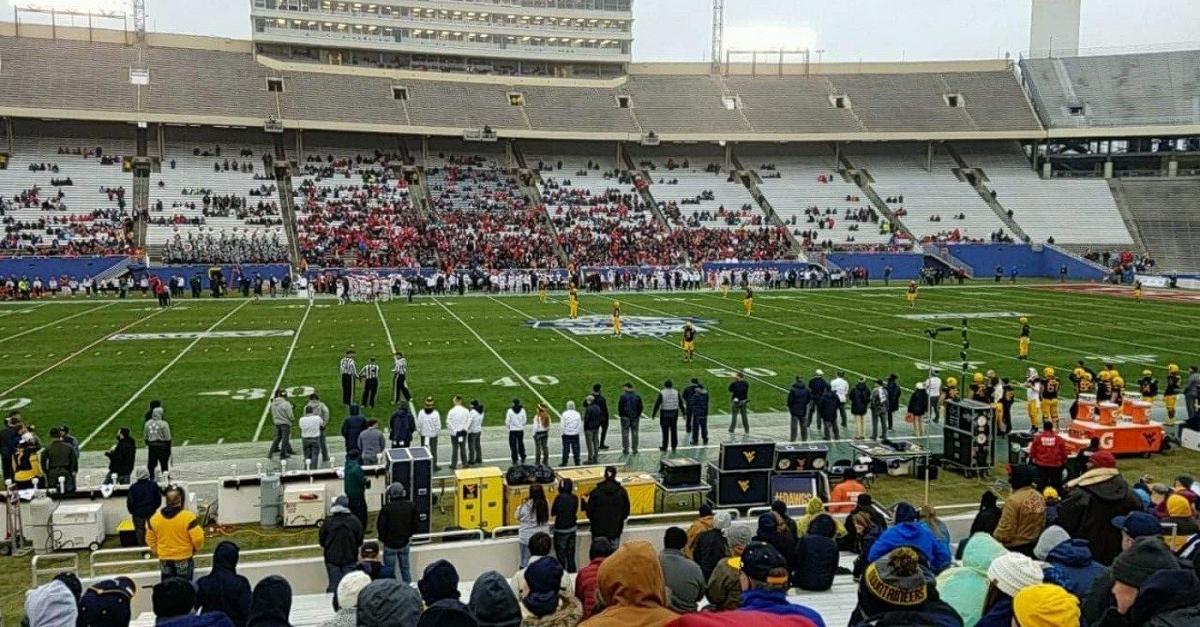 As bowl season progresses forward toward next week’s College Football Playoff, Utah and West Virginia took the field on Tuesday in the Heart of Dallas Bowl at the Cotton Bowl.

The only problem was it didn’t appear many fans decided to show up for the event:

It’ll be interesting to see the official attendance number for the game. Although the weather surely played a role in the low attendance during the game, ESPN and the game’s sponsors can’t be happy with the turnout. The weather in Dallas was in the 30s and pretty cloudy so not what some would call ideal weather for football.

Utah went on to pick up the 30-14 win over West Virginia to cap off a 7-6 season and give coach Kyle Whittingham an 11-1 record in bowl games as the coach of the Utes.