Heavy punishment given to JUCO player that punched ref 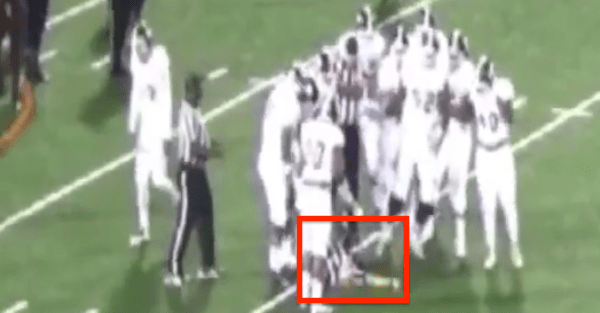 Junior college football player who punched ref has been suspended for 5 years. @KristenBalboni has the story. pic.twitter.com/mFqNYDUonA

The junior college player that was arrested for punching a referee mid-game has been suspended from play for five years, according to The Buzzer on FOX.

Mt. SAC offensive lineman Bernard Schirmer was caught on camera knocking out a referee in a recent game against Ventura College. Schirmer was ejected from the game, and arrested afterwards for suspicion of felony battery on a sports official.

OL Bernard Schirmer has been arrested on suspicion of battery of a game official. Transferred to county jail, per Sgt. Mike Pallotto @vcstar

“I didn’t mean any of that to happen,” Schirmer said, according to the Ventura County Star. “I’m truly sorry about what happened to the ref.”

The punishment was handed down by the Southern California Football Association. Schirmer and his school are reportedly appealing the suspension.