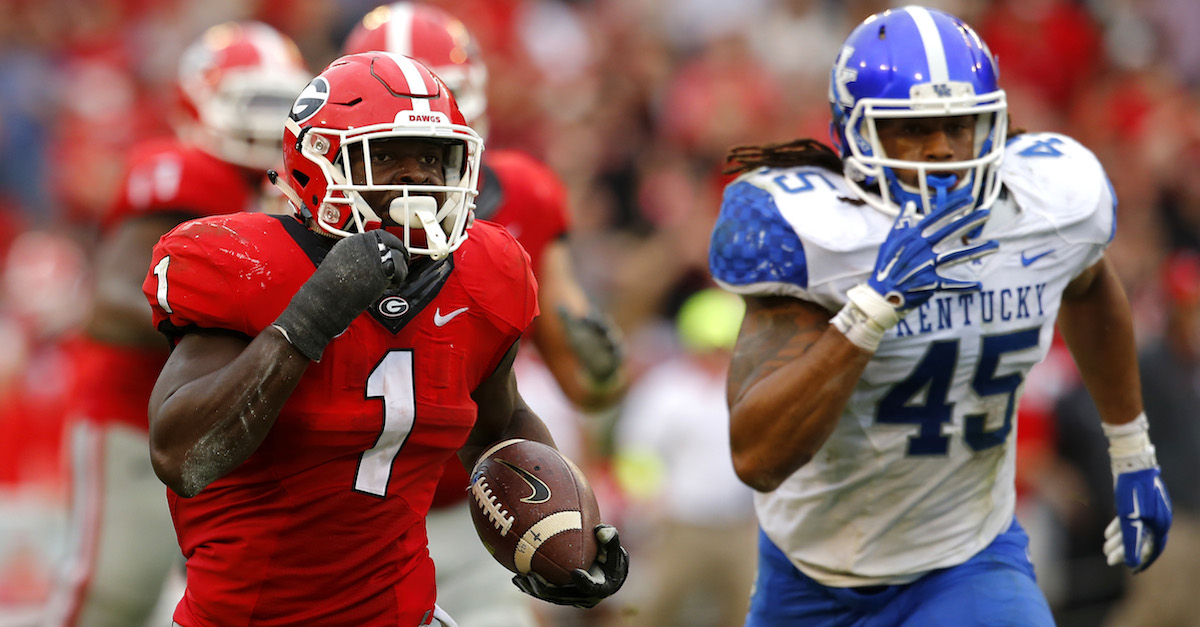 ATHENS, GA - NOVEMBER 7: Sony Michel #1 of the Georgia Bulldogs breaks for a long run as Josh Forrest #45 of the Kentucky Wildcats pursues in the third quarter of the game on November 7, 2015 at Sanford Stadium in Athens, Georgia. Georgia won the game 27-3. (Photo by Todd Kirkland/Getty Images)

“UGA officials finally confirmed at about 7:30 p.m. Monday evening that Michel had suffered a broken left forearm in ?an accident? that happened on Sunday evening.” The AJC reports. UGA officials would not confirm that nature of the accident, but persons with knowledge of the situation confirmed that it was while riding an all-terrain vehicle (ATV).”

Michel had over 1,000 yards rushing, was the second-leading returning pass catcher and contributed 11 total touchdowns.

Eight weeks from Saturday, the Bulldogs will match up with the North Carolina Tar Heels to open the season.