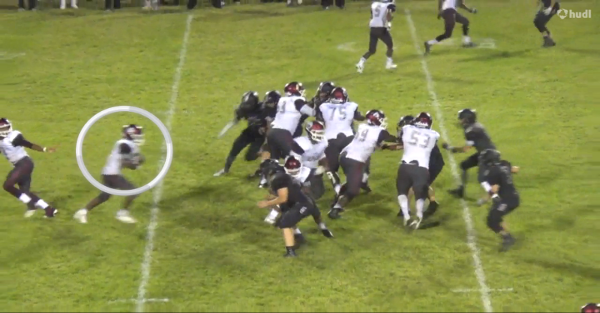 Peoria (IL) junior running back Geno Hess carried the ball an extraordinary 64 times—the second most recorded in national history—as he led his Lions to a 70-63 win over North West high school.

With how easily Hess bursts through the defense, it’s surprising his stats weren’t even more impressive than what they were.

Hess is the No. 42 ranked player in the state of Illinois and has just one school (Central Michigan) interested, though that’s likely to change with him putting up nearly a season’s worth of offense into just one game.