One college sophomore is already declaring for the 2019 NFL Draft 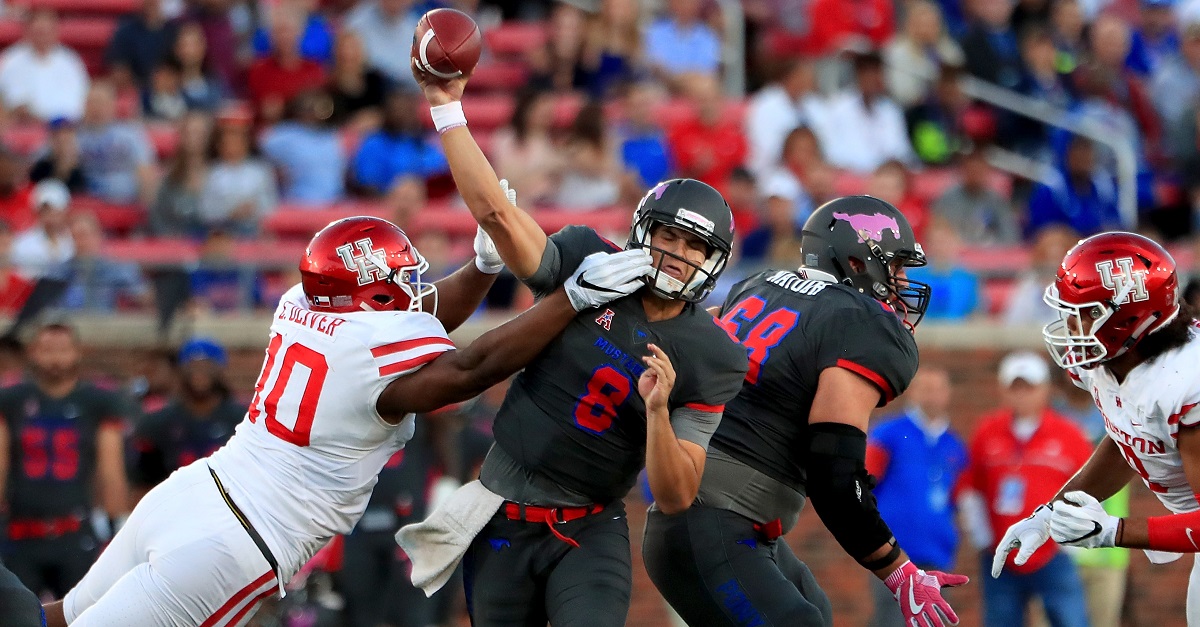 Houston defensive tackle Ed Oliver is only a sophomore right now, so he could not declare for this year’s NFL Draft. That said, make no mistake about where Oliver sees himself as soon as he becomes eligible.

“I do plan on leaving this year,” Oliver said after Houston’s practice on Monday. “It’s just the truth. I wish I could stay another year, but it’s just my time to go.”

Oliver, a former five-star recruit of the 2016 class, has been one of the best defensive players in college football ever since he took the field for Houston. In two seasons, Oliver has racked up 139 total tackles (39.0 TFL), 10.5 sacks, and five forced fumbles, which are rare numbers for a defensive tackle. Oliver won the Outland Trophy for best interior lineman in the 2017 season, becoming the first underclassman to win that award per ESPN.

In terms of his NFL Draft prospects, Oliver likely could have been a Top 10 pick if he had been eligible to come out after his freshman year. He will likely compete for the No. 1 overall spot in the 2019 NFL Draft.

Oliver was the No. 6 overall recruit of the 2016 recruiting class when he signed with Houston. Oliver is believed to be the highest-rated prospect in modern history to attend a Group of 5 school.