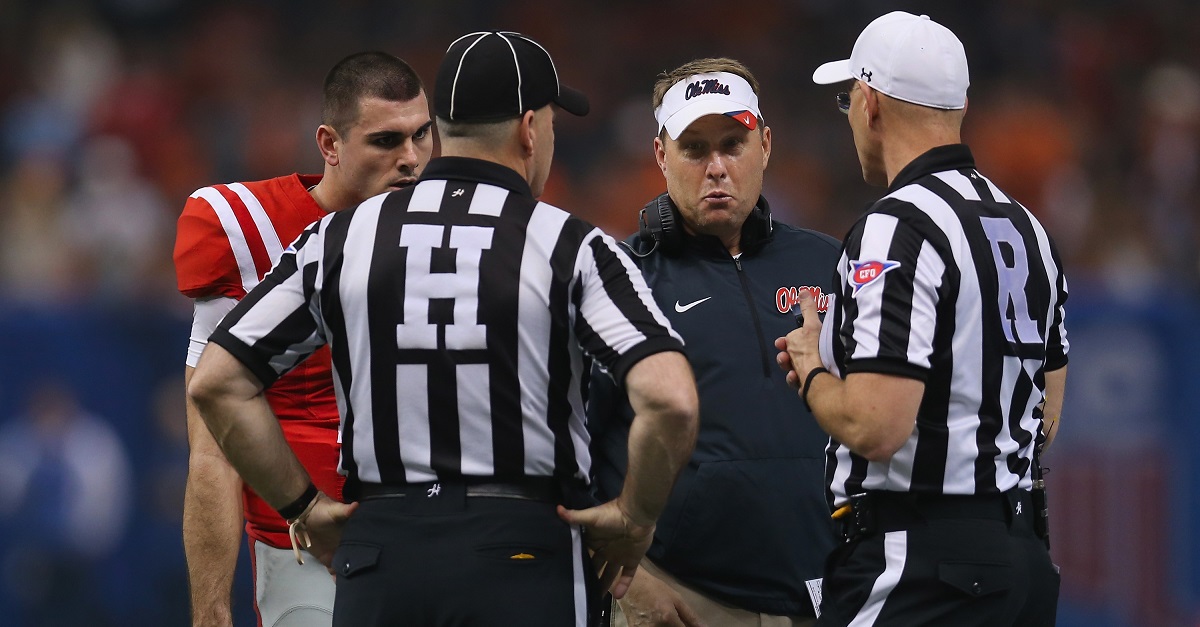 If one recruit is to be believed, Ole Miss head coach Hugh Freeze has an interesting perception on Ole Miss and their troubles with the NCAA.

During an interview, four-star cornerback Chevin Calloway was asked about Ole Miss and their run-ins with the NCAA, as the Rebels have been at the center of multiple investigations over the past few years. In a response, Calloway detailed an answer he received from Freeze that certainly doesn’t seem to fit the situation.

?Well, Coach Freeze told me when you?re that big and out there with faith in Christ, he?s like, ?What do you expect? Jesus got nailed to the cross.? So, he was just telling me sometimes things like that happen, but that?s never going to change how he?s going to treat his players and take care of them. Even if ? I don?t know if he really did make the mistake, doing what he did or not ? but I can just tell he?s a good person, great person. I know they?re looking at maybe a bowl suspension [for 2017]. I don?t know what they?re gonna do. But I don?t think that?ll affect anything as far as how he treats his players and stuff like that.?

That is definitely an interesting way to describe the situation.

Assuming that Calloway is conveying Freeze’s words correctly, it doesn’t appears that the head coach is saying anything that is religiously blasphemous. However, it is an awkward analogy to make in the situation, and one that may need more context to accurately explain.