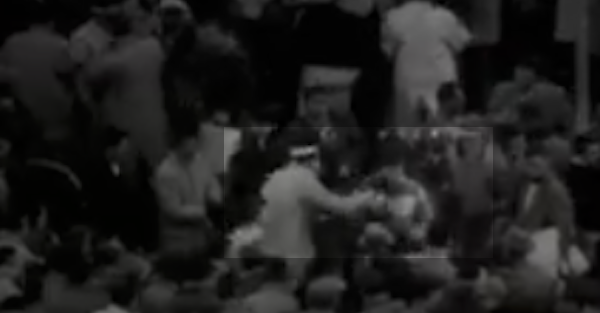 We know the Ohio State-Michigan football rivalry is one of the most storied on the gridiron, and their fans are as passionate as they come.

This amazing retro footage has surfaced of an Ohio State fan punching a Michigan fan in the face after the 1955 contest.

…followed by Ohio St. fans doing the exact same thing vs. Michigan. Also this clip ends with a guy getting straight up decked in the face. pic.twitter.com/nEG1BGZvax

Ohio State won the game 17-0, and the OSU fan win the fight.