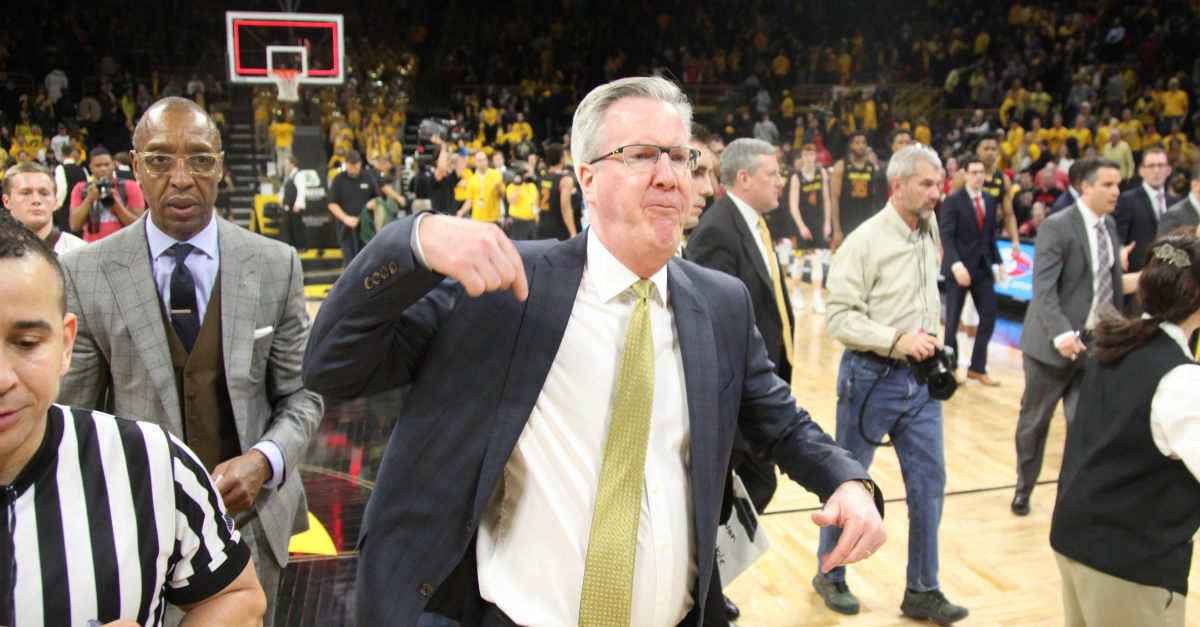 Even if the Iowa Hawkeyes wanted to fire Fran McCaffery, it would be awfully tough due to his insane buyout in his contract.

Fans, media, and other general outside observers, sometimes wonder how a Big Ten coach who has only gone to three NCAA Tournaments in seven seasons isn’t ever really on the athletic department’s hot-seat. Now, we might have an answer.

Currently 11-11 this season, following no trip to the Big Dance in the previous voyage, McCaffery won’t be fired because his buyout is worth more than John Calipari’s and Coach K’s annual salaries.

Still, $10.2 million for Fran McCaffery… a coach with a career winning percentage of .580?

Then again, this is the same school that has football coach Kirk Ferentz and his buyout set at an absurd $23.6 million if he were fired without cause.

There you have it folks. If Fran mother loving McCaffery and Kirk bleeping Ferentz, were fired right now, it would cost Iowa roughly 35 million American dollars.