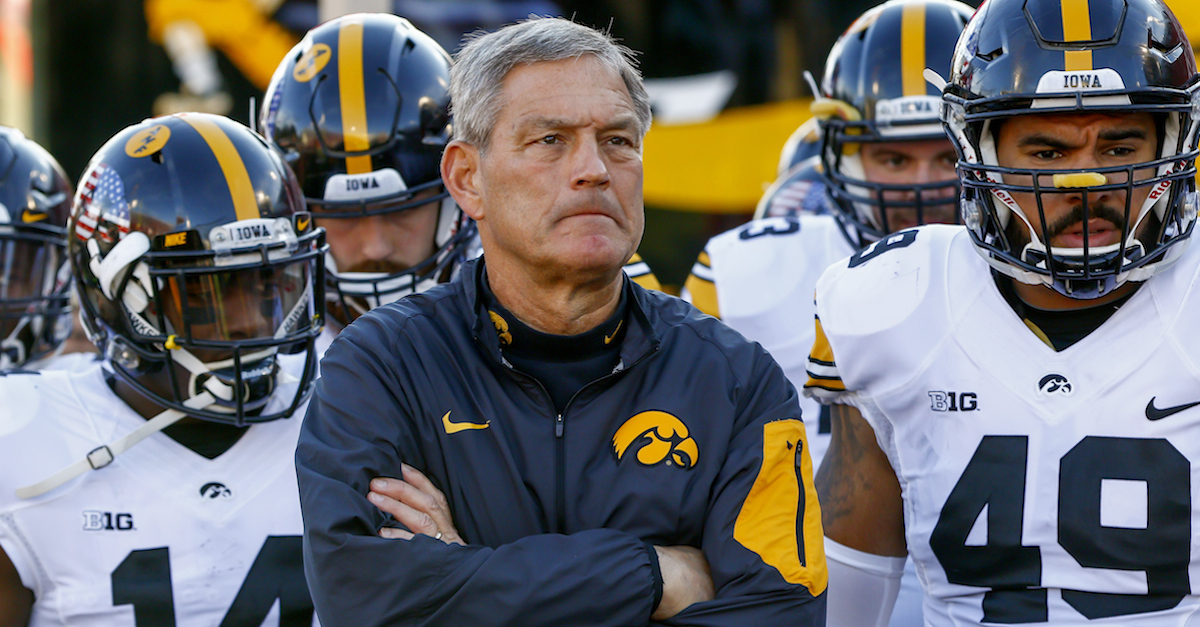 This is Iowa LB Nick Wilson. Charged with an OWI, driving with suspended license this morning: pic.twitter.com/s47YZ3Li9o

Here is the blotter. Wilson is a redshirt freshman from Granger. pic.twitter.com/RUnq8tXOFJ

The reason for Wilson’s traffic stop is unknown. The linebacker was a three-star 2015 recruit ranked as the No. 15 player at any position in Iowa, according to College Football Talk. He took a redshirt as a true freshman last year.