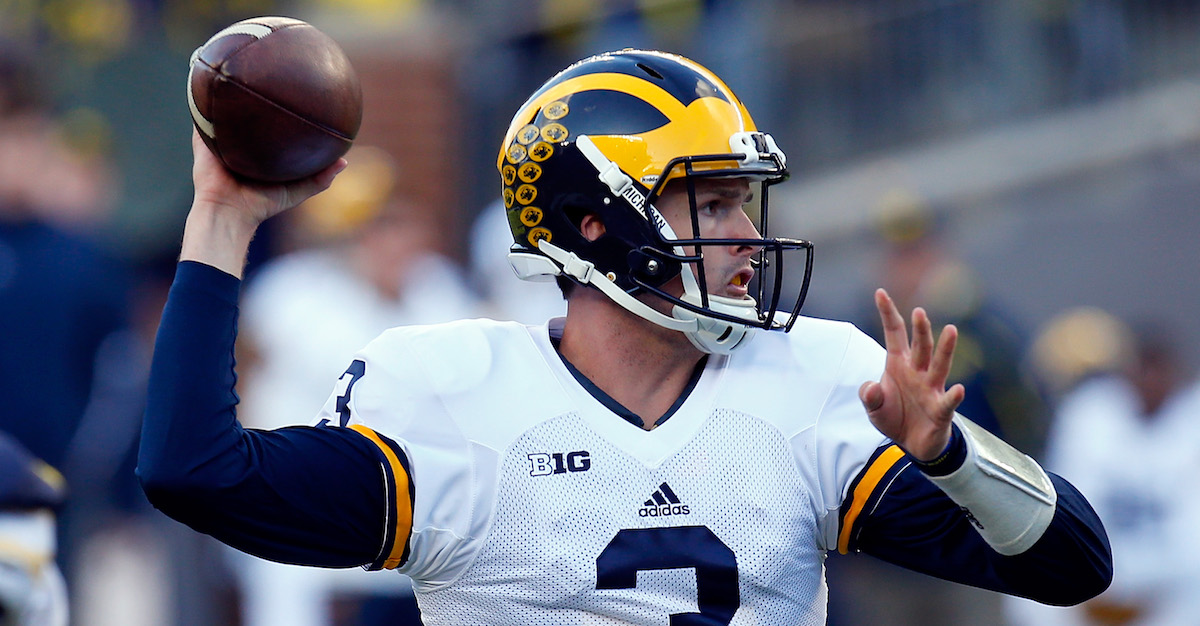 Jim Harbaugh is something of a quarterback whisperer, and his latest success story comes in the form of Jake Rudock. While the fifth-year transfer from Iowa did not light up the stat sheet for the balance of his single season in Ann Arbor, Rudock led the Michigan Wolverines to 10 victories in 2015, and by the end of the year, he was playing well enough to earn legitimate interest from the NFL.

For 2016, Harbaugh has another challenge ahead, as he must decide between Houston transfer John O’Korn and junior Wilton Speight for the starting position under center. Given Michigan’s national visibility, there is a ton of interest as to who prevails in the quarterback battle and, hilariously, you can now wager on the outcome.

O’Korn being a 3-to-1 favorite is actually quite intriguing, as Speight really impressed in the Spring and has the advantage of a full year under Harbaugh’s tutelage. Still, O’Korn has real physical tools at 6-foot-4 and 210 pounds, and he threw for more than 3,000 yards and 28 touchdowns as a freshman at Houston in 2013. As for Speight, his on-field experience at the college level is limited, but these odds make it seem as if O’Korn is a far safer bet than insiders appear to believe around the program.

Jim Harbaugh will have the opportunity to mold yet another high-end quarterback for this season, and you also have an opportunity to profit from the proceedings.