One conference is going to ban tackling at football practices 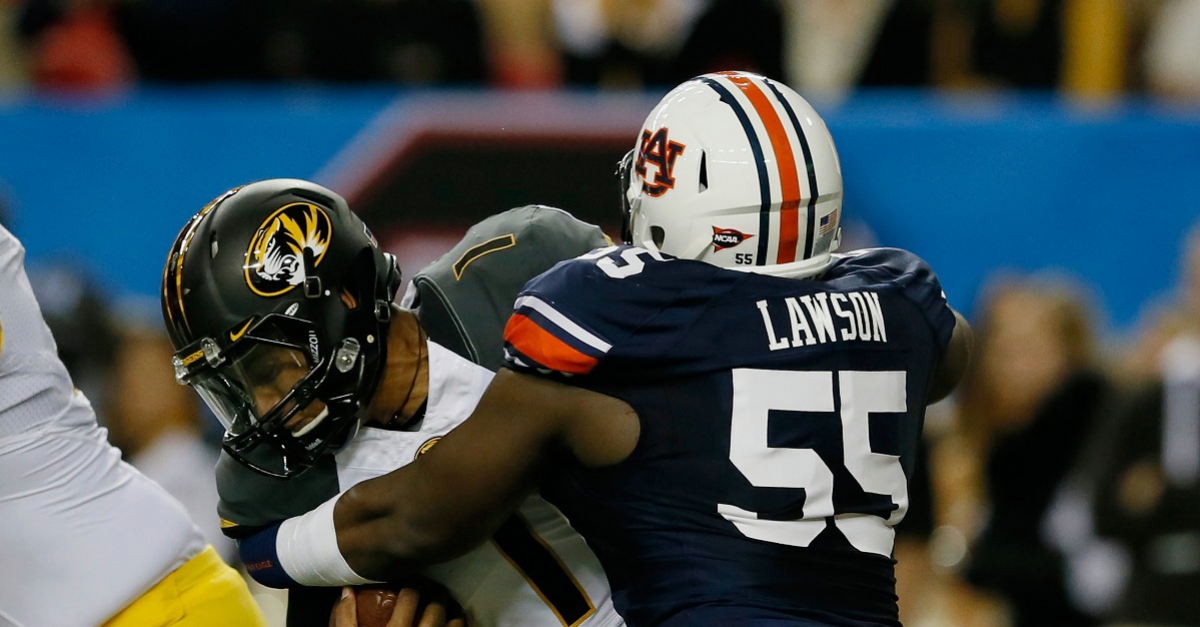 ATLANTA, GA - DECEMBER 07: Carl Lawson #55 of the Auburn Tigers tackles quarterback James Franklin #1 of the Missouri Tigers in the second quarter during the SEC Championship Game at Georgia Dome on December 7, 2013 in Atlanta, Georgia. (Photo by Kevin C. Cox/Getty Images)

Player safety is the current hot-button issue in American football, with leagues at all levels looking at ways that they can make the game safer from concussions and head injuries.

Well, one conference is looking to take a huge leap in what they believe would be to the benefit of the players: banning tackling during football practices. From the New York Times:

The eight Ivy League coaches unanimously approved the measure last week. Their decision is expected to be adopted formally once it is affirmed by the league’s athletic directors, policy committee, and university presidents. The new rule would be in addition to the Ivy League’s existing limits on the amount of full contact in practice during the spring and preseason, which are among the most stringent in collegiate football.

This would certainly shatter the rules that any other conference has with regards to player safety, but it is definitely not anything new to the Ivy League. Dartmouth — under coach Buddy Teevens — has been operating under this same rule since 2010, and it appears to have no impact on their success; the school has finished in the Top 3 of the conference in each of the past three seasons, including a share of the conference title in 2015.

It is unknown if other conferences will pick this up, but on its face, it is an intriguing idea. It could improve player health, but the other side of the coin is that some players may be more prone to injuries during the game without proper contact during practices.

I guess we will have to wait and see.