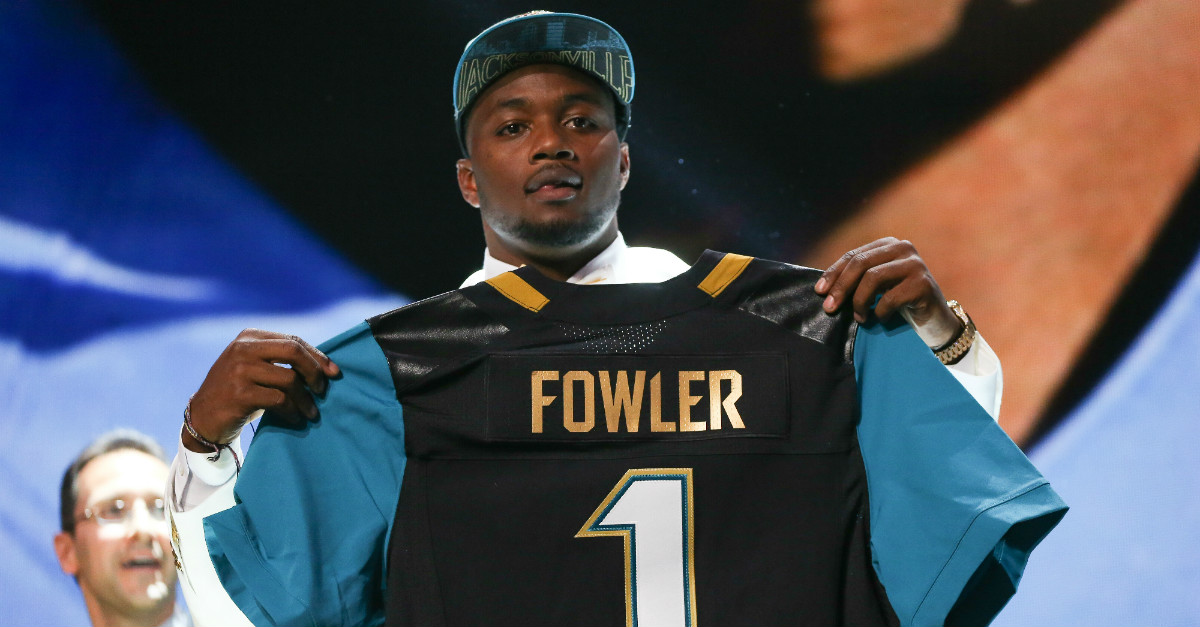 Jacksonville Jaguars defensive end Dante Fowler Jr. missed the entire 2015-16 season due to a torn ACL, which he suffered during rookie minicamp last May. The former first round draft pick has finally been able to participate fully in training camp, the first opportunity Fowler  really has had to show what he can do.

In an interview with the MMQB, Fowler’s teammate — defensive tackle Khalil Mack — was asked about how Fowler has looked in his return from injury. Mack provided one heck of a compliment, and said that Fowler has a sense of Super Bowl 50 MVP Von Miller when he watches him on the field. Check out the quote below.

“Dante has a lot of energy. He is a very cerebral player. To me, he is very Von-esque. I’ve seen some of that in Dante. I think he can definitely be the same player. Just a lot of potential, we’ve just got to go out there and work together to get these sacks.”

In three seasons at the University of Florida, Fowler had 8.5 sacks as a junior in 2014. Picked third overall by the Jags in last year’s draft, Fowler is expected to do some big things for the defense this season now that he’s fully healthy. Click here to read the MMQB’s full interview with Mack.