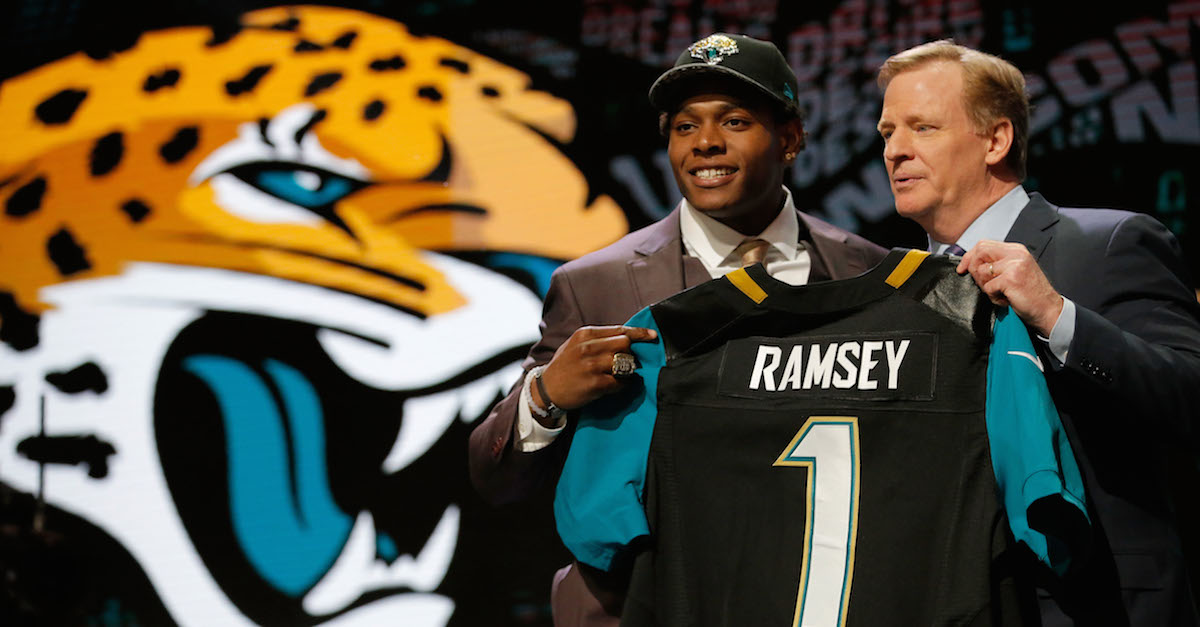 Jon Durr/Getty Images
CHICAGO, IL - APRIL 28: (L-R) Jalen Ramsey of the Florida State Seminoles holds up a jersey with NFL Commissioner Roger Goodell after being picked #5 overall by the Jacksonville Jaguarsduring the first round of the 2016 NFL Draft at the Auditorium Theatre of Roosevelt University on April 28, 2016 in Chicago, Illinois. (Photo by Jon Durr/Getty Images)

Florida State fans were hit with some devastating news on Saturday as redshirt junior quarterback Sean Maguire announced that he would have to have a screw inserted in his foot that would require surgery. The news means that Maguire is out for the season opener indefinitely, as he is slated to miss anywhere between four to six weeks due to the surgery.

With Maguire out, redshirt freshman quarterback Deondre Francois is expected to be the starter when FSU travels to Orlando, Fla. to take on Ole Miss on Sept. 5. Francois as a recruit in 2014 was a four-star, and was the No. 3 ranked dual-threat quarterback for the class of 2014. After the Maguire news broke, former FSU defensive back and current Jacksonville Jaguars cornerback Jalen Ramsey offered some high expectations for Francois on Twitter.

I can see my dawgs from @FSU_Football going to that natty this year with 12 behind that center & quez & Marcus locking up that outside!

We’ll get our first look at Francois two weeks from Monday to see how he’ll handle the starting role, if it does end up going to him as expected. Redshirt sophomore J.J. Cosentino will also compete for the spot.