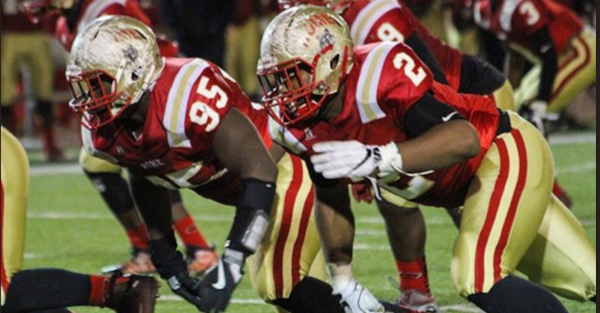 Defensive tackle Jamarcus Chatman committed to Ed Orgeron and the LSU Tigers on April 22, but the 2018 prospect has already wavered in his decision.

Chatman visited Tennessee over the weekend, and he announced his decommitment from LSU less than 24 hours later.

Related: Three top recruits from Georgia HS all announce commitment to one school

The Volunteers were the first team to offer Chatman in the recruiting process. Chatman committed to LSU along with two his high school teammates from Rome High School.

Chatman said he and his teammate, Jaquon Griffin, are a package deal. They both visited Tennessee over the weekend.

Scout has Chatman listed as a four-star recruit, and they have him ranked as the No. 24 defensive tackle in his class. The 247Sports Crystal Ball predicts Chatman will commit to Miami, but Tennessee seems to be gaining the most ground at the moment.