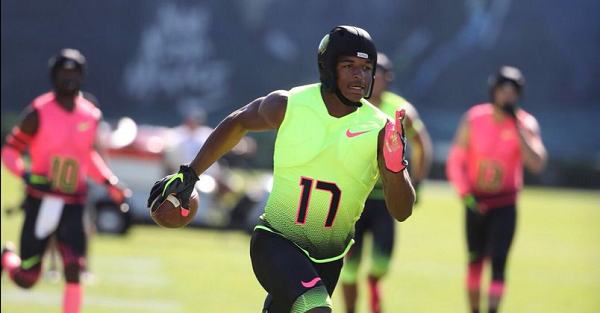 Ja’Marr Chase has a new home, and he made his announcement on his Twitter account — he’s going to Florida.

Chase is a 4-star recruit in the class of 2018 who goes  6’2, 195 pounds. He’s the No. 21 ranked wide receiver prospect in the nation and the No. 4-ranked athlete in the state of Louisiana, according to 247Sports. In choosing Florida, Chase, who plays his high school ball at Archbishop Rummel in Metairie, LA., spurned the LSU Tigers.

Chase committed to Kansas in February, but decommitted 10-days later, citing a change of heart. At the time, the 247 Crystal ball had him pegged to go to LSU, but clearly, that didn’t happen. He was also a major target for TCU and Tennessee.