The Nittany Lions have not won a national championship since 1986, which was long before the BCS and College Football Playoff were around. Penn State has been working to get back to that level of success it had decades ago, but it has not reached the championship game under these new formats.

Penn State has only had four different head coaches since 1966, and the success James Franklin has had is one of the reasons why. Franklin has shown that he can bring a team to the top of the Big Ten. Now, in Franklin's ninth season, fans are looking to see him take that next step.

Joe Paterno was the last Penn State coach to lead a team to a national championship, and he also has the most wins as a head coach in college football history. When he was forced out of his position in 2011 after 45 years, the school began looking for someone to bring it back to the top. In 2014, after leading Vanderbilt to three straight bowl games, Franklin agreed to become the next Penn State head coach. 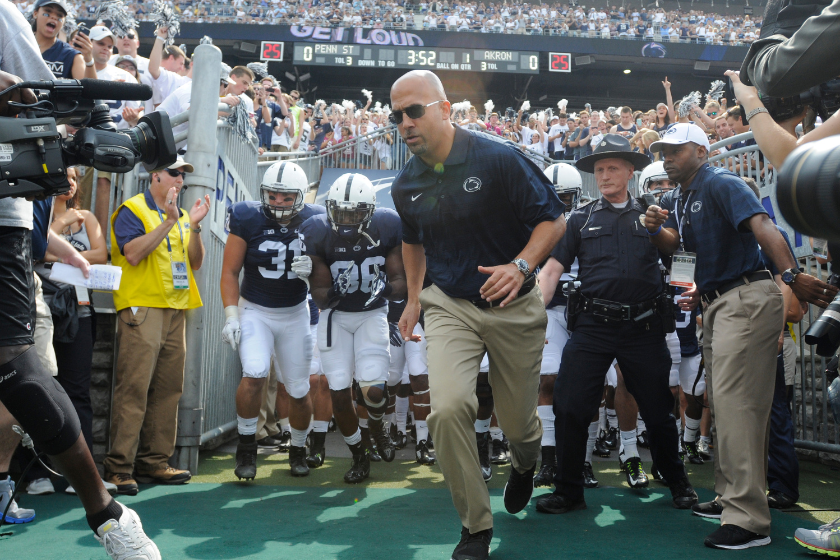 This was not a coveted position, considering the dark shadow that surrounded the football program at the time. Franklin, however, found immediate success. In just his third season as head coach, he led the Nittany Lions to a Big Ten championship in 2016, defeating Wisconsin 38-31 -- Happy Valley's first conference title since 2005.

After that magical season, Franklin signed a six-year extension but he's had trouble reaching that level of success agin. Although he owns a career record of 71-34, Franklin's bowl game record of 2-4 stands out. At a school with such a storied history, this is simply not good enough.

With the College Football Playoff expanding to 12 teams in 2026 (at the latest), Franklin is sure to get more opportunities to win meaningful bowl games and give Penn State a more realistic chance to reach the big dance. Since Franklin has been the head coach, Penn State has finished in the top 12 three times. If he can continue the level of success that he already has, the Nittany Lions will find themselves competing in the playoffs regularly.

While being in the College Football Playoff is something that all Penn State fans have wanted, it will take a lot more work to win. Franklin has done an excellent job of recruiting since he took over; and with the recent string of five-star players coming to Happy Valley, he is only getting better. This past year, he was able to get three five-star recruits to choose Penn State, which was more than Ohio State and as many as Alabama. 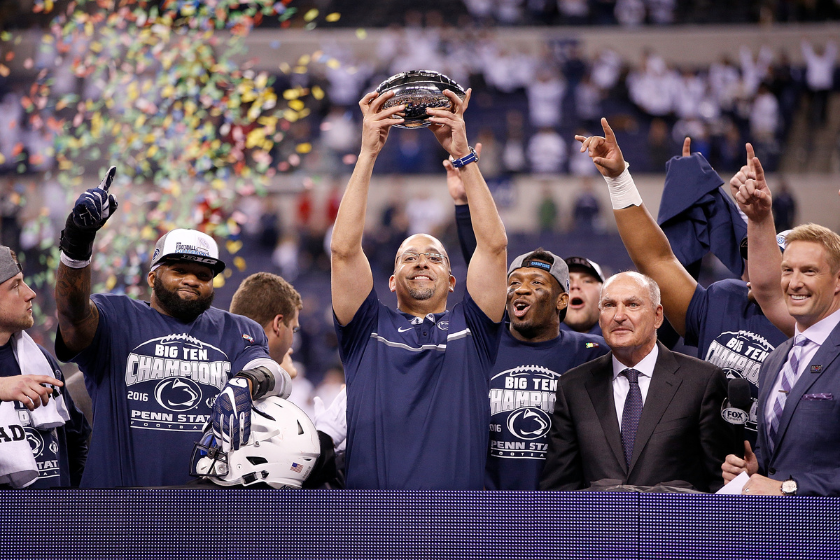 Franklin is doing an excellent job setting his team up to be able to compete with anyone, no matter what obstacles get thrown its way. With the Big Ten expanding in 2024 to let in USC and UCLA, this will only get more difficult. Winning the Big Ten will still mean beating the likes of Michigan and Ohio State, and potentially one of these dominant West Coast programs, for the conference championship.

As good as Franklin has been at recruiting, he has not been able to translate this into wins against top teams. During his time at Penn State, he is 1-7 against Ohio State, 3-5 against Michigan and just 2-13 against teams ranked in the top 10. Much like his record in bowl games, this just is not good enough, and he has to focus more on building a team that can win these big games.

This year's Penn State team looks good enough to not only compete with Ohio State and Michigan but also to actually win. After starting the season with four straight victories, Penn State looks to be a dominant force in the Big Ten. It has been doing great on both sides of the football, and the defense looks better than it did last year, even with a new defensive coordinator in Manny Diaz. On offense, Franklin is starting the same quarterback, Sean Clifford, for the fourth straight year, and it has paid off in a big way.

Only time will tell if Franklin is a good enough coach to lead a team to a national championship, but it does seem as if he has all the traits to do so. His players, current and former, seem to respect and believe in him, and that has translated to some outstanding teams in recent years. With added challenges and new opportunities ahead, Franklin has to keep improving as a coach and a recruiter to take this team to the next level. After signing a 10-year extension last season, he has plenty of time to continue to build his legacy as one of the great coaches in Penn State football history.