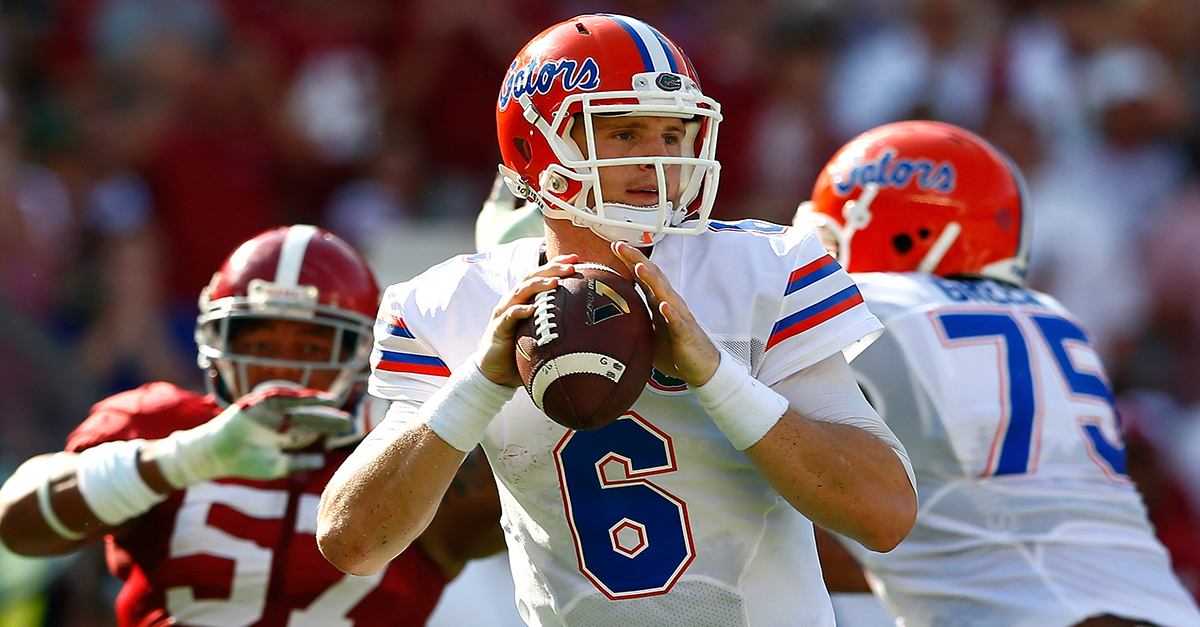 Would have, could have, should have? Former Florida quarterback Jeff Driskel, who spent three seasons in Gainesville with some frustrating ups and downs, is participating in this weekend’s NFL Scouting Combine in Indianapolis. Driskel transferred to Louisiana Tech following his final 2014 season at Florida, when he was benched for true freshman Treon Harris in the back-end of the season. Driskel flourished in the Bulldogs’ system in Shreveport, La. throwing for 4,033 yards, 27 touchdowns and just 8 interceptions.

Driskel spoke with reporters in Indy before his on-field workouts for scouts over the weekend and had an interesting answer when he was asked about what he would have stayed at Florida for his senior year instead of transferring. Specifically, he was asked if he could put up the same number of passing yards — 4,033 — at Florida that he did at La. Tech.

Driskel’s best season at Florida statistically speaking was in 2012, where he threw for 1,646 yards and had 12 touchdowns and five interceptions. Florida was even teased on Twitter for Driskel’s new-found success by Louisiana Tech football’s Twitter account in October after he three more touchdown passed in less than 7 games for the Bulldogs than he did in his entire Florida career.

Hypothetically speaking, if he had stayed in 2015 he’d be under Jim McElwain’s system — one that’s far more suited for a pro-style quarterback unlike Driskel. It’s unlikely that he would see the same playing time he did at Louisiana Tech though, given that now-transferred Will Grier won the job by Week 3 of Florida’s 2015 season before being suspended by the NCAA.