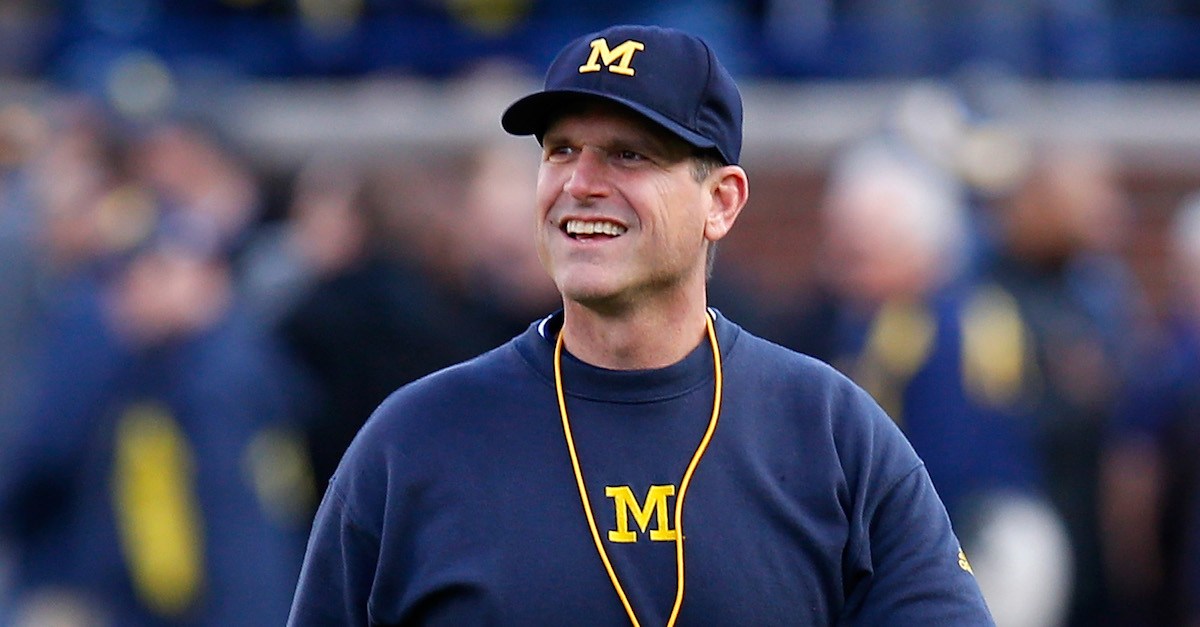 Jim Harbaugh is already a polarizing figure in the college football world and this probably won’t help. On Wednesday, future Florida Gators quarterback Jake Allen participated in a Q&A with Zach Abolverdi of SEC Country that was largely about his future in Gainesville. However, in the midst of that interview, Allen was asked about a funny story from his recruiting process.

Q: What was the funniest story that happened on one of your recruiting trips.

A: “I was at a Michigan camp and talking with a couple other quarterbacks. We were all talking about our grades. I was messing around and said, ‘I got a C in third grade.’ Jim Harbaugh overheard and screams, ‘I don’t give a s–t about your grades.’ Then he realized I was part of the quarterback group that had recruits in it so he just kind of walked away. It was weird. I couldn’t wait to get out of there after that, and we left early.”

The notion that Harbaugh would, even in joking fashion, scream something about the fact that he did not “give a s**t” about a prospect’s grades is quite odd in an of itself. It should be noted that Allen later suggested that “Coach Harbaugh definitely rubbed (him) the wrong way,” when asked about coaches that were nice to him along the way. That would indicate something of a predisposition away from Harbaugh, but in the same breath, the whole ordeal isn’t the best for Harbaugh’s perception nationally.

In a move that may not be a full-blown coincidence, Harbaugh later posted this concerning future Michigan QB Dylan McCaffrey.

Draw your own conclusions.