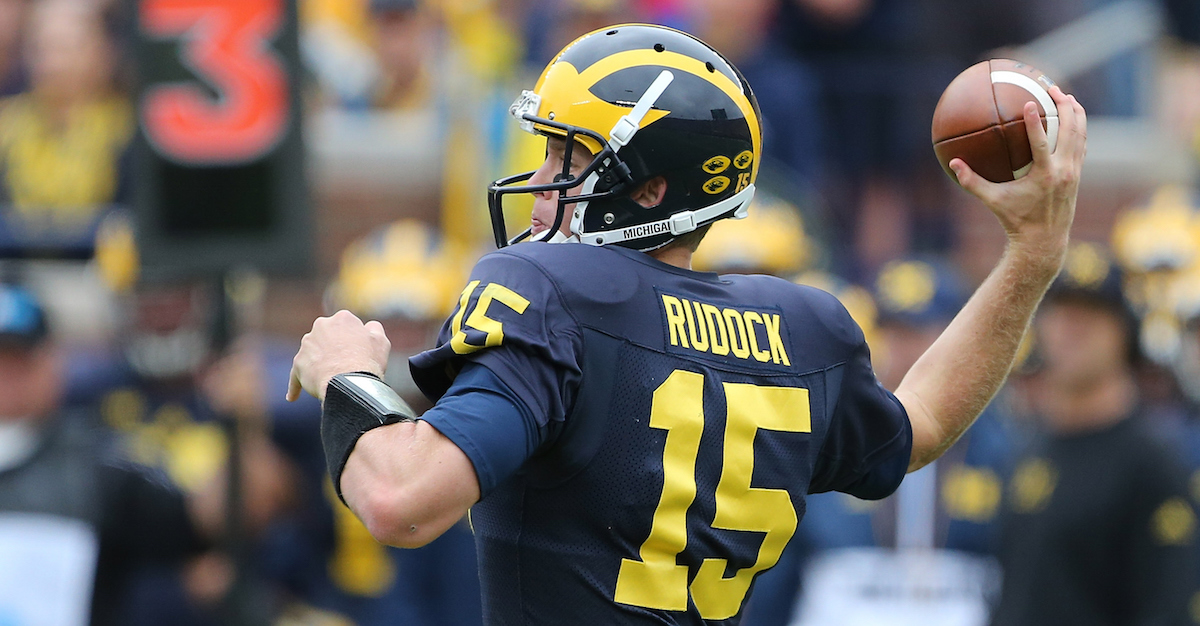 ANN ARBOR, MI - SEPTEMBER 12: Jake Rudock #15 of the Michigan Wolverines drops back to pass during the second quarter of the game against the Oregon State Beavers on September 12, 2015 at Michigan Stadium in Ann Arbor, Michigan. (Photo by Leon Halip/Getty Images)

Pundits and fans are coming out of the woodwork to criticize Michigan quarterback Jake Rudock after yet another uninspiring performance in a 28-7 win over UNLV this weekend. However, the person who evaluates Rudock’s play closer than anyone else seems to believe that Rudock is the best option for the Wolverines.

Harbaugh: Jake Rudock is our best quarterback, not by a small margin. I hope that's clear.

Jim Harbaugh: "To be clear: Jake Rudock's the best quarterback."

Harbaugh: to be clear… jake rudock is our best quarterback… and not by a small margin

Jim Harbaugh very defensive when asked about Jake Rudock. Says "he's the best quarterback," also added it's not even close.

Yes, it appears that Jim Harbaugh was quite clear on Monday during his weekly press conference. Jake Rudock is the guy for Michigan.

Fans will remember that Rudock and true junior QB Shane Morris were locked into a much-publicized battle during training camp, but Harbaugh has been hesitant to use Morris even in mop-up duty this season, to the point where he has been vocal about attempting to preserve his redshirt. Rudock detractors were not satisfied, though, as some continue to call for the backup even after two consecutive victories.

Jake Rudock hasn’t been spectacular to this point (and he hasn’t had much help, either) but Jim Harbaugh weighed in emphatically on Monday. There isn’t a quarterback change coming, and his declaration that Rudock is clearly the best option is the coach’s strongest stance yet.