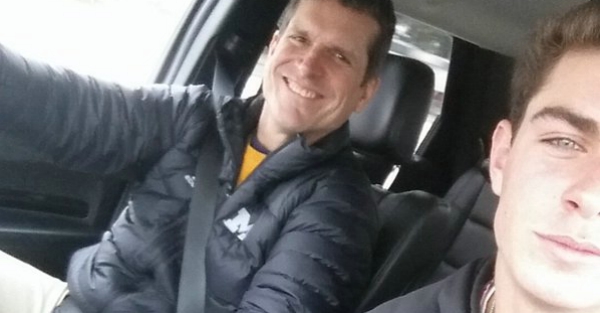 Look, we all thought that Jim Harbaugh deciding to have a sleepover at a recruit’s house was weird. Heck, it was even weirder when we all found out that it was a kicking recruit that was already committed to a rival school.

Nordin had been committed to Penn State when it was first heard that Harbaugh was going to go full-steam ahead in his efforts to recruit the kicker. However, not long after the visit, Nordin announced that he was decommitting from Penn State, and that he would decided a new school on National Signing Day. Well, whatever Harbaugh did or said worked, as Nordin is now a Wolverine.

Do whatever keeps working, Coach Harbaugh. It is entertaining to say the least.