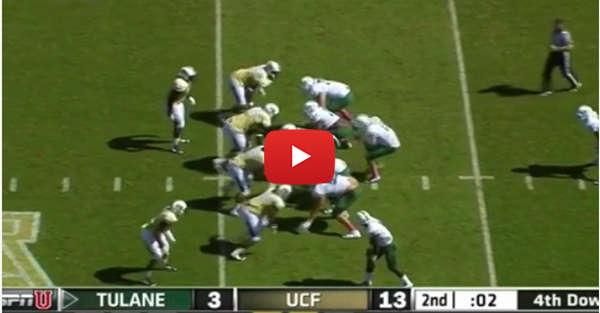 The apple might not fall far from the tree, but in this case it looks like it’s rolled pretty far away. Joe Montana’s son Nick is the quarterback for Tulane, and in the Green Wave’s game against UCF he did not have his finest moment.

Late in the first half, Tulane had a fourth and short with the clock ticking down. Instead of hustling to the line and running one final heave to the endzone, Montana, well, decided to spike the ball.

That will stop the clock, but on fourth down it also gives the ball to the other team. It looks like Montana might have assumed they had gotten the first down on the previous play, but alas they did not. The Green Wave currently trails UCF 20-13 in the fourth quarter.