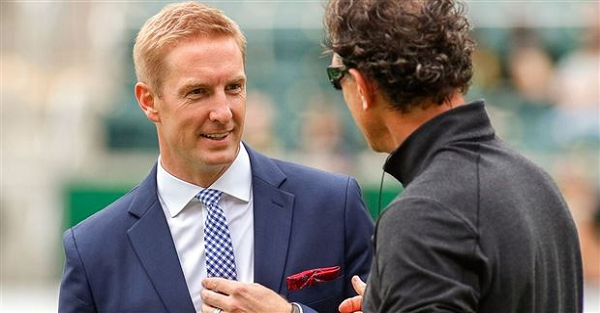 Joel Klatt has been known to have absolutely ludicrous opinions when it comes to college football and it would appear he’s back at it again. On a segment for FOX Sports he made his College Football Playoff picks and decided that there’s only going to be two conferences represented in the Playoff.

To think that two teams from the Big Ten could get in is pretty ridiculous since they do have a championship and the winner of that game would most likely take the one big from the conference. By saying that TCU or Oklahoma State won’t get in is also making the assumption both of them take a loss this year — they do not play each other all season — before the Big 12 Championship Game and that the winner of that game wouldn’t be worthy of getting into the Playoff. There’s just no logic to this pick and Klatt deserves some ridicule for it.

Picking Georgia and Alabama could also be seen as a bit of a stretch as they are likely to meet in Atlanta for the SEC Championship Game and whoever wins that game should knock the other out of contention. However, you could make the argument that a one-loss SEC team would have a better resume and strength of record than any other one-loss conference champion and let them into the CFP anyway.