Former FSU, Auburn QB James Franklin III had a guaranteed TD until he made an enormous mistake 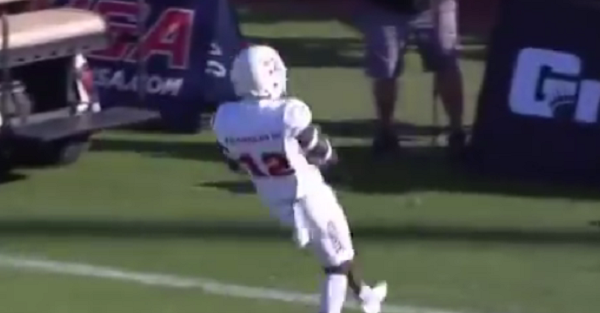 John Franklin III has made his fair share of mistakes, which is what forced him out of Florida State to head to “Last Chance U” at East Mississippi Community College. He was then at Auburn and then transferred to FAU for this season. He made another mistake on Saturday in the Conference USA Championship Game, but it wasn’t exactly life-changing him, but it was embarrassing.

He had a chance to get FAU to 47 points on the scoreboard, but dropped the ball before he got in the end zone! Fortunately, it didn’t hurt his team too much as they still beat North Texas 41-17, but coach Lane Kiffin isn’t going to let him hear the end of it when they go back to the tape on this one. The initial touchdown call was reversed and then called a touchback.