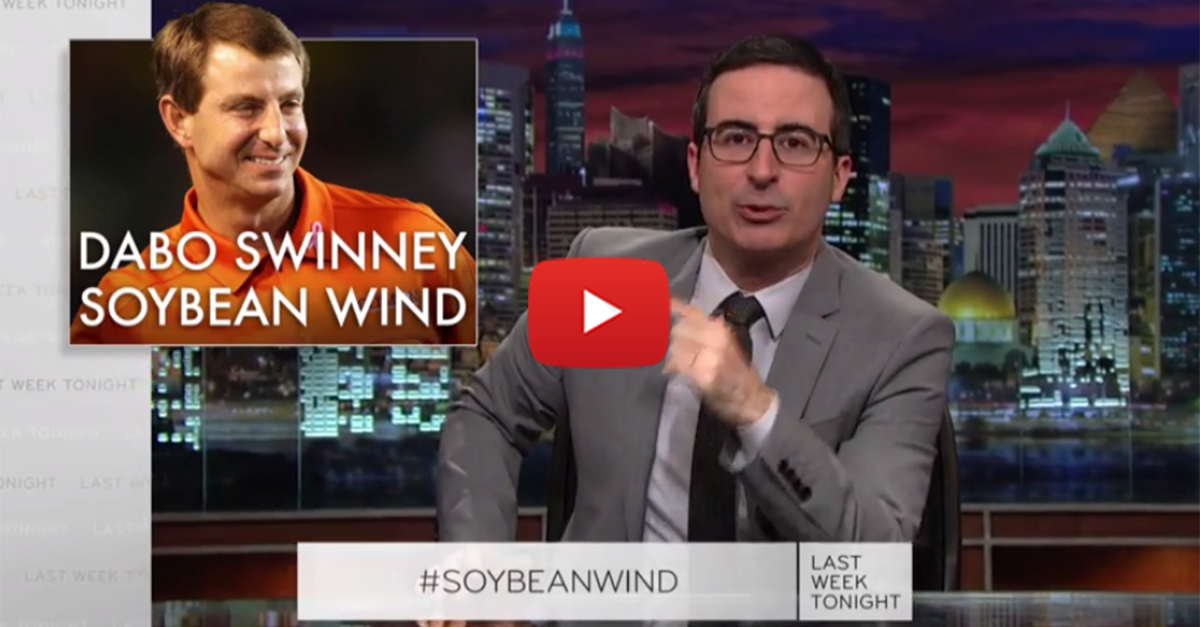 On last night’s “Last Week Tonight with John Oliver” on HBO, Oliver took a 20 minute segment to look at the NCAA and how they exploit student-athletes and manipulate budgets to look like they do not make any money.

This isn’t the first time for a feature slamming the NCAA for it’s archaic practices — and the NCAA won’t be happy with HBO to know that the next Real Sports dives into this issue — but this one does help shed some interesting light on how schools use new facilities and things to hide money from being a “profit” and how thin the argument is that school’s don’t make money on athletics. It also notes the ridiculous nature of the argument that these athletes are being paid with an education, considering often times for an athlete that education is not a complete one.

I’m of the belief that athletes should get some kind of small payment since they usually aren’t allowed to find any other outside source of income while a student-athlete, and — more importantly — if they want to make money off of their name or likeness they should be free to do so — whether from autographs, jersey sales, or endorsement deals.