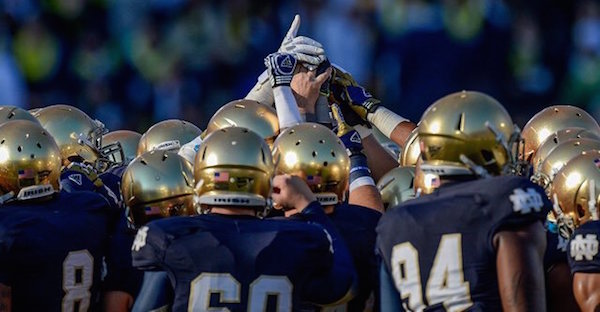 The Orlando native also noted that he will be switching positions to tight end.

MacCollister rated as a four-star prospect for the 2017 national recruiting cycle, according to the 247Sports Composite. As a senior for Bishop Moore, he recorded 42 tackles, including five sacks, two forced fumbles and two fumble recoveries after beginning his career at Lake Mary Prep and later DeLand High, where he played offensive tackle.

The 6-foot-3, 233-pound freshman didn’t play a snap during his lone season in South Bend and will have four years of eligibility remaining.