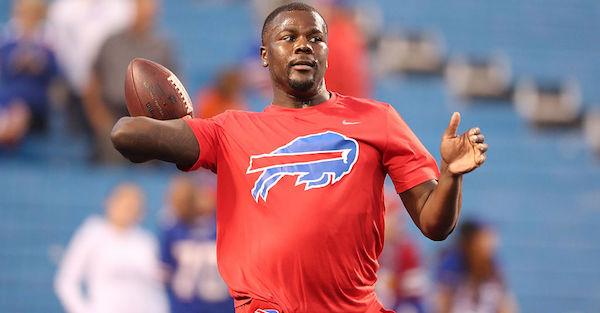 Former Ohio State and current NFL quarterback Cardale Jones took a ton of heat for saying, on social media, that he “ain?t come to play school” during his college career. Fortunately, Jones made folks forget about misstep by helping to lead OSU to a national title and becoming a big-time signal-caller.

However, Jones called back his comments on Tuesday in an apparent attempt to provide counsel for UCLA quarterback Josh Rosen. Rosen, in speaking to Bleacher Report, said the following as part of a Q&A session.

“Look, football and school don’t go together. They just don’t. Trying to do both is like trying to do two full-time jobs. There are guys who have no business being in school, but they’re here because this is the path to the NFL. There’s no other way.

“Then there’s the other side that says raise the SAT eligibility requirements. OK, raise the SAT requirement at Alabama and see what kind of team they have. You lose athletes and then the product on the field suffers.”

On cue, there was plenty of negative reaction about Rosen’s comments, to the point where he provided an entire news cycle of “controversy” for talking heads everywhere. Enter Jones.

It is refreshing to see Jones encouraging Rosen to focus on school, even with the caveat that Rosen likely doesn’t need the advice based on what many consider to be a misinterpretation of his comments. Still, Cardale Jones has come a long way and this is an example of that.