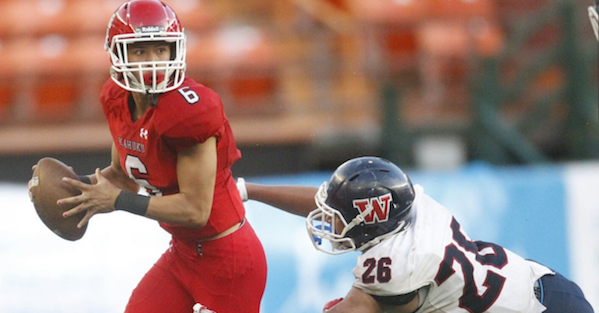 I am truly blessed #FIGHTON ✌🙏 pic.twitter.com/LivzSc21lg

It should be noted that in Mauga’s announcement he does say the following about his commitment, “Although I have verbally committed, I am continuing to leave my options open.” So there is still a chance Mauga winds up elsewhere even after his announcement.

It should be interesting to see if Mauga ends up staying with the Trojans.