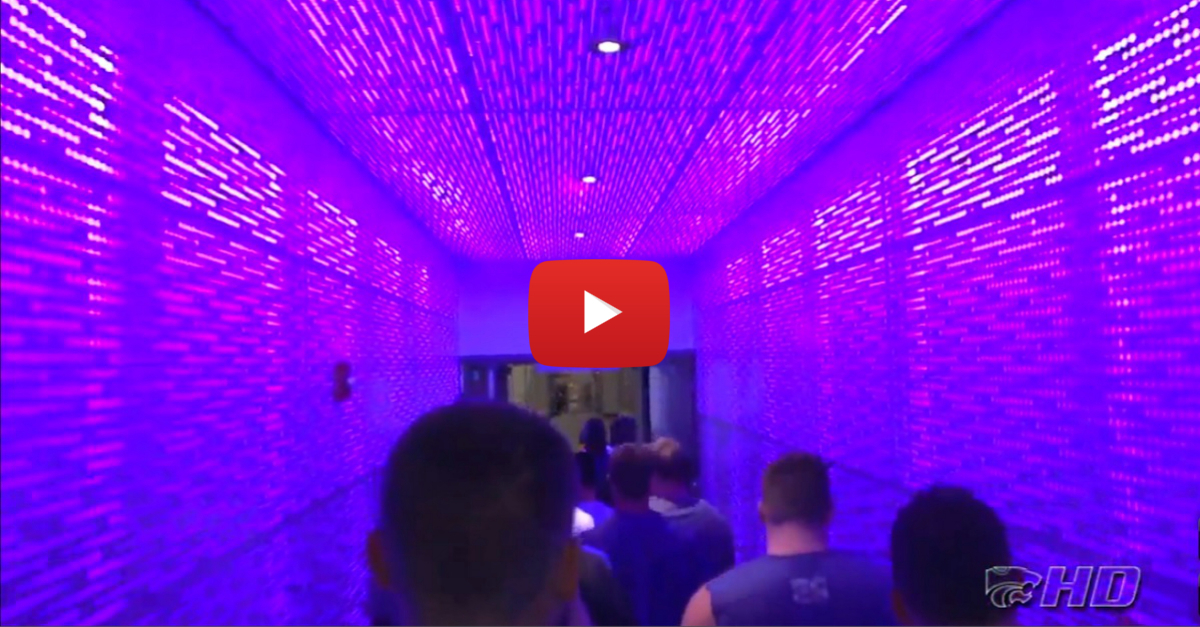 Kansas State posted a “First Look” video into their new Vanier Family Football Complex on Wednesday. Like all new college athletic buildings, Kansas State wanted to tout theirs as the best and most player-friendly, and judging by the player reactions, the accomplished just that.

From the Kansas City Star on the building’s perks:

K-State released photos of the new building Tuesday, as well as a video of players’ reactions to the new features in the 132,000 square-foot facility, which include:

▪ An 18,000-square-foot strength and conditioning center

▪ A football-shaped locker room that’s twice the size of their old one.

Personally, out of all the equipment, amenities, and designs, I find the purple-lit tunnels that lead out onto the field as the best feature. As someone who appreciates the hype of college football gamedays, that just feels like such a little effect that adds immensely to the hype surrounding a team before they go into battle.

Kansas State will get that experience for the first time on September 5, when they take on South Dakota in their home and season opener.