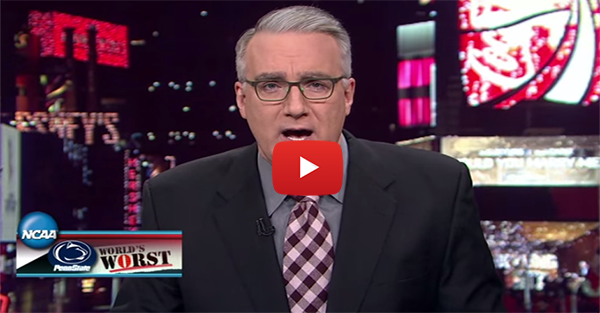 On Friday afternoon, Penn State and the NCAA came to a settlement agreement to reinstate the wins vacated by the football program following the Jerry Sandusky scandal. The decision gave 111 wins back to Joe Paterno, putting him once again at the top of the NCAA Division-I all time victories list at 409 — one ahead of Grambling’s Eddie Robinson.

ESPN’s Keith Olbermann  — 2:02 mark of the above video — went after Penn State and the NCAA for this ruling and claimed that this decision somehow found a way to make the Sandusky scandal even worse.

“This is Joe Paterno’s legacy, this is Penn State’s legacy,” he stated. “Football was more important to them than saving children.”