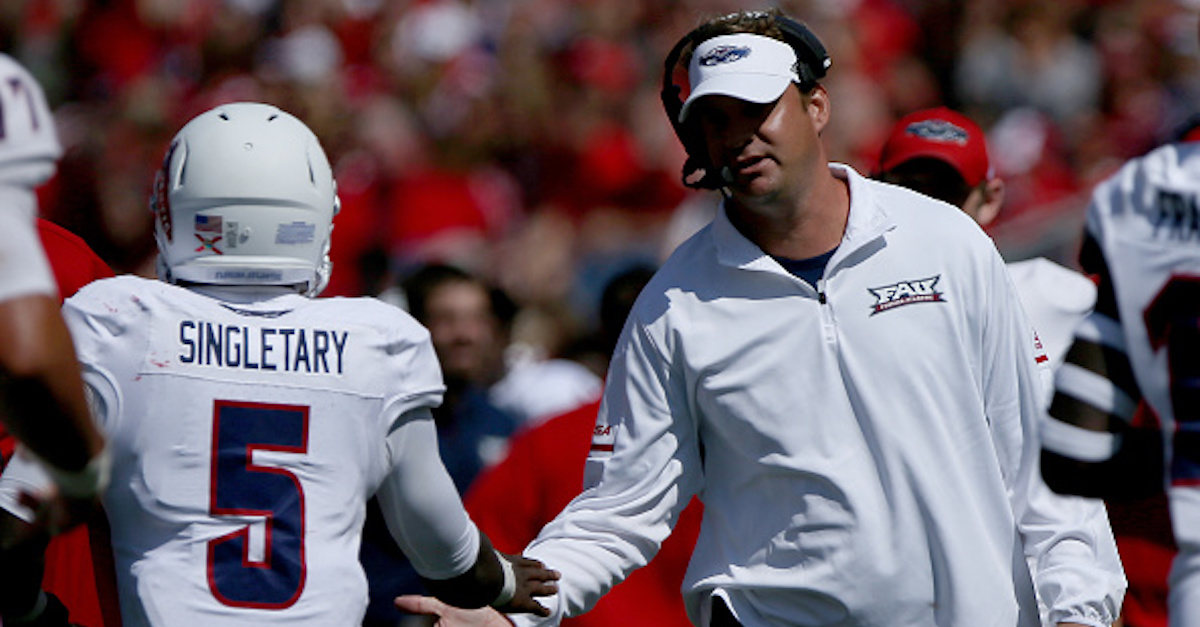 Reality is something that Florida Atlantic had to battle as well as the No. 9 Wisconsin Badgers on Saturday. FAU’s reality is that while they were up in Wisconsin playing football, their family and friends are down in Florida in the path of a potentially deadly hurricane.

It’s easy to get caught up in college football and forget that real life does go on, no matter who’s playing and no matter the final scores. According to FAU head coach Lane Kiffin, though, his players in no way had an easy time forgetting about what’s going on back home in Florida. In fact, Kiffin relayed after the game that they didn’t even want to travel to Wisconsin to play the game.

Matthew DeFranks of The South Florida Sun Sentinel quoted Kiffin, as passed on by SEC Country:

?At one point, I thought we weren?t coming,? Kiffin said. ?Our players didn?t want to come because there?s a lot of players not wanting to leave their families. You got kids coming into the office saying, ?Coach, I know it?s a football game, but I?m really the only one to take care of my grandma. We don?t know what?s coming.? But there was a decision made to come play. With all those distractions, with all that stuff, I thought the guys stayed together in a difficult situation.?

FAU ended up losing to Wisconsin, 31-14, which isn’t a huge surprise. For as exciting as Kiffin’s short tenure with the Owls has been so far, his players were simply outmatched by the Badgers, a team that will be shooting to win the Big Ten this season and perhaps makes some CFP noise.

It had to have been tough for FAU to focus knowing the opponent, but also knowing that they’d have to leave their loved ones back at home to deal with Hurricane Irma.

According to Myron Medcalf of ESPN, FAU will stay at the same hotel it used for the night before the game. After that, Wisconsin is opening up its facilities for the team, and that includes resources and grief counselors.

“A lot of uncertainty for the program. But they’re trying to stay positive,” Medcalf reported.