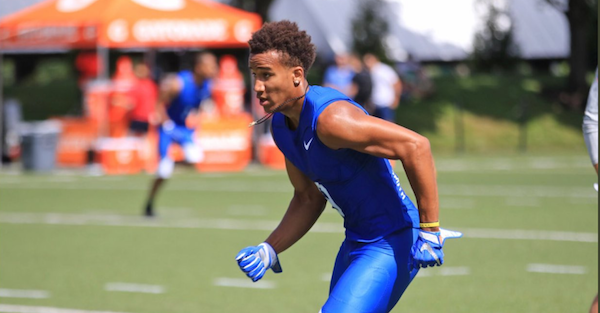 But it’s the two schools competing with the Buckeyes that are the most surprising. Smith, who is from Dayton, Ohio, said Kentucky and Cincinnati are also in the mix.

Kentucky was once the leader for Smith, but a visit to Ohio State seemingly put the Buckeyes in front. Smith said Kentucky still feels like home to him, though.

“Whenever I go down there, there’s just such a feeling of home,” Smith said via Land of 10. “Coach [Vince] Marrow and Coach [Mark] Stoops always treat me so well and give me so much love. I love the love that they show me.”

Smith doesn’t have a commitment date set at the time, but he said that if he commits before his senior season, it will be right before his high school plays on ESPN on Aug. 27.

The 247Sports Crystal Ball has Ohio State as the favorite with Kentucky in second place.