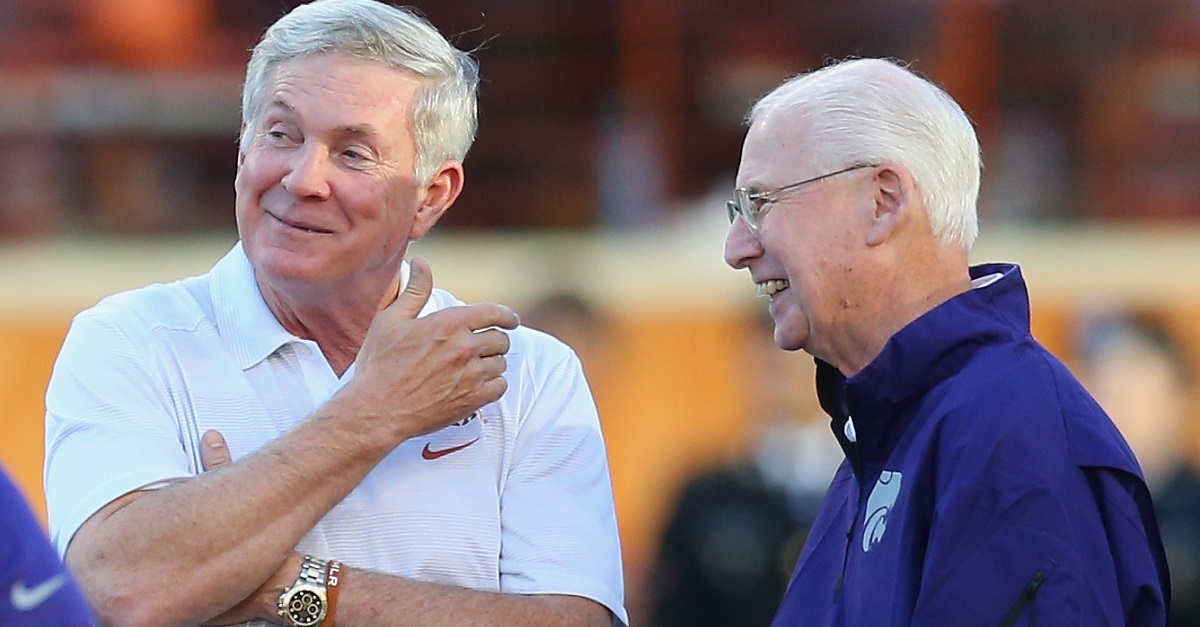 According to the Kansas City Star, legendary Kansas State head coach Bill Snyder has been hospitalized after suffering from an “undisclosed health issue”. The report mentions that the severity of the issue is unknown, but that Snyder was responding well to treatment.

Snyder, 77, has been a fixture in college football for the past several decades, coaching 25 seasons at Kansas State over the course of two stints. Snyder has won over 200 games in his career, and the Wildcats have 10 Top 15 finishes over the course of his tenure.

Kansas State renamed their stadium in honor of Snyder back in 2005 upon his first retirement. However, Snyder became the head coach one again before the 2009 season, and his current contract is set to expire at the end of the 2017 season.