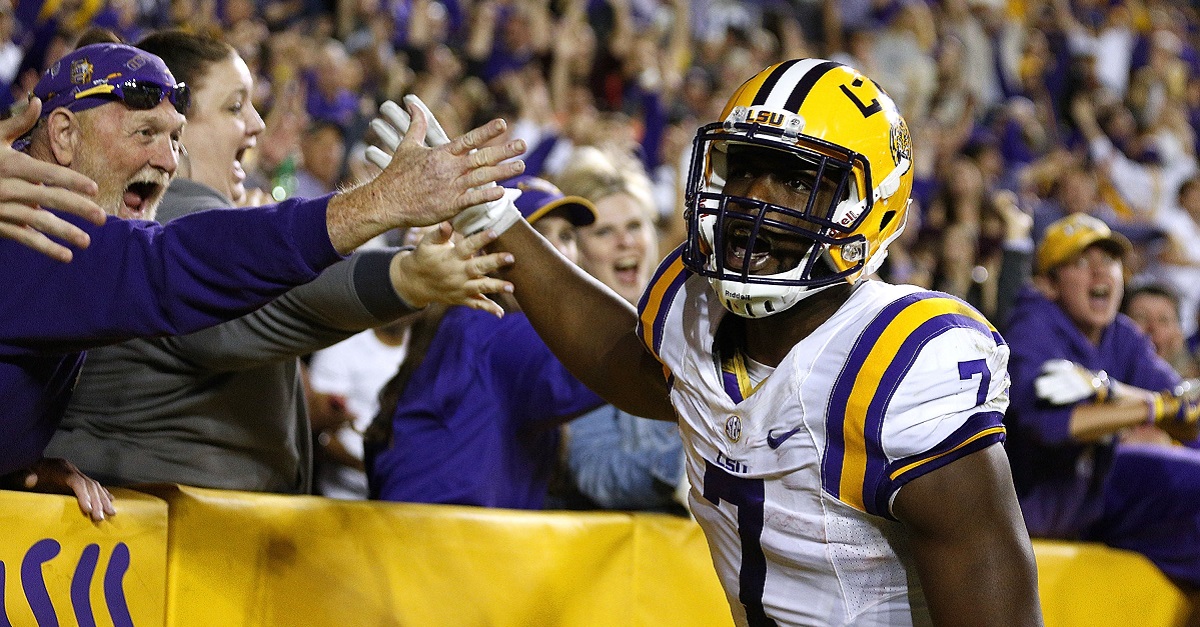 It looks like Leonard Fournette’s college career is officially over.

The star running back has struggled all season with ankle injuries, and it looks like Fournette won’t push the issue in the Citrus Bowl against No. 13 Louisville. According to Adam Schefter, Fournette won’t play in the bowl game and instead he will focus on “pre-draft process”.

Leonard Fournette will not play in LSU’s bowl game. Will focus on pre-draft process.

Fournette is expected to be a first-round draft pick in the 2017 NFL Draft. This is after Fournette really emerged as one of college football’s premier players in the 2015 season, where he rushed for 1,953 yards (6.51 YPC) and 22 touchdowns in 12 games that season.

This season, Fournette suffered an ankle in the preseason that wound up affecting his play all year. Despite that, Fournette still rushed for 843 yards (6.53 YPC) and eight touchdowns in just seven games.

The loss might not be too big for No. 20 LSU, though, as backup running back Derrius Guice has become a star in his own right in Fournette’s absence. Guice, a sophomore, rushed for 1,249 yards and 14 touchdowns this season at a whopping 7.96 yards per carry.

The Citrus Bowl game is on Dec. 31 in Orlando.