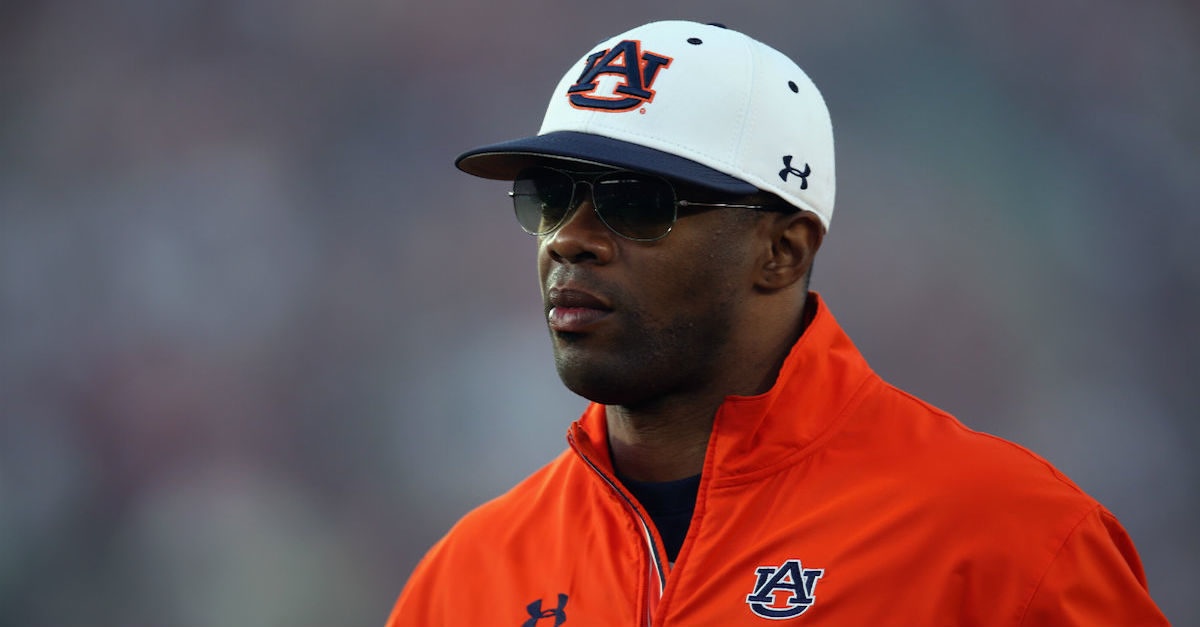 LSU head coach Les Miles’ coaching staff is officially complete with the addition of wide receivers/co-offensive coordinators coach Dameyune Craig. Craig comes to LSU from another SEC West school — Auburn — where he served as co-offensive coordinator and wide receivers coach for three years. In 2013, Craig was on the Auburn staff that led the Tigers to the SEC title and an appearance in the BCS National Championship game that year.

“Dameyune is a quarterback by nature so he’s going to be a tremendous asset to us in all phases of the passing game,” LSU head coach Miles said in an official statement. “He coached a Heisman Trophy winning quarterback at Florida State and developed some outstanding receivers at Auburn.

“He comes to us with great coaching credentials as well as being a proven recruiter. We look forward to the contributions that he’s going to bring to our football program.”

Prior to Auburn, Craig made a tremendous impact at Florida State University — in 2012 he was named the ACC’s Recruiter of the Year, and three quarterbacks who he either recruited or coached wound up being first round NFL Draft picks. As FSU’s recruiting coordinator, Craig helped produce the No. 1 and No. 2 recruiting classes in 2011-12 and recruited 2013 Heisman Trophy winner Jameis Winston to the Seminoles. Craig also was the quarterbacks coach in Tallahassee — there he helped develop E.J. Manuel and Christian Ponder, both of which ended up being NFL first round draft picks.

The move is a critical loss for Auburn, whose head coach Gus Malzahn said after Craig’s departure in a statement that the search for his replacement would begin “quickly.”

“I want to thank the Auburn family for all of their love and support over the years,” Craig said via LSU Sports. “My decision to make this career move is in no way a reflection of Auburn or the Auburn family. It is strictly a professional decision. It’s about growing as a coach and, hopefully, one day becoming a head coach.”

Given LSU’s struggle to find consistent quarterback play, hiring Craig away from Auburn seems like a slam dunk for Miles and Company.