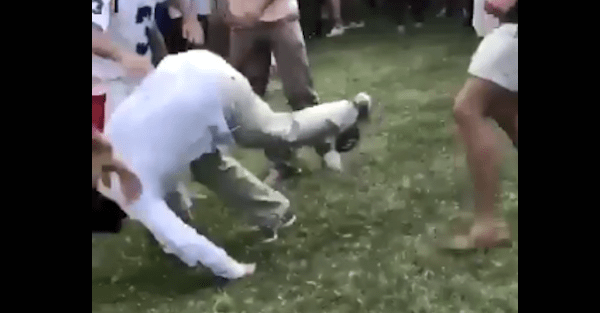 We’re not certain what started it, but we know we finished it — the dude in the purple cast.

LSU Barstool account shared video of an insane fan fight, where one guy in a purple cast is yelling at a bunch of people. One dude in a button up shirt appears to be trying to chill cast guy out only to get clobbered with a brutal overhand to the face. And immediately he was out cold.

Pro tip: don't pick a fight with a dude wearing a plaster cast on his arm pic.twitter.com/T1mFYXXQlv

Cast guy continues to pick a fight with everyone in the circle before the video cuts off.

Dear fans, stop fighting each other.