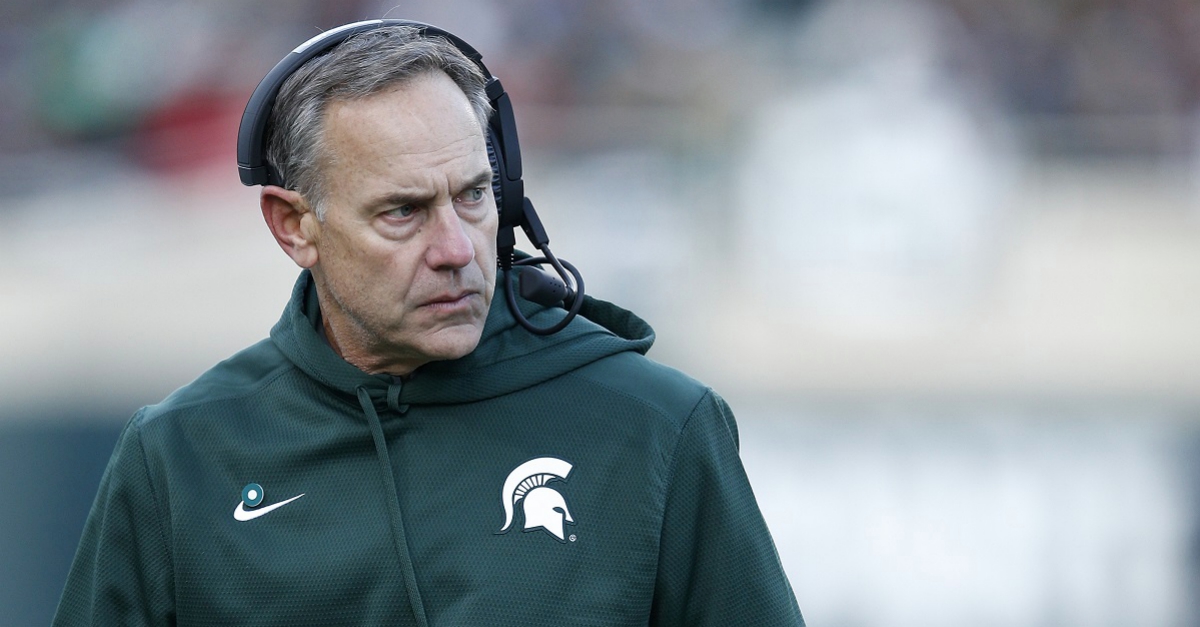 Getty Images
EAST LANSING, MI - NOVEMBER 28: Head coach Mark Dantonio of the Michigan State Spartans looks on against the Penn State Nittany Lions in the first half of the game at Spartan Stadium on November 28, 2015 in East Lansing, Michigan. (Photo by Joe Robbins/Getty Images)

Mark Dantonio and the Michigan State Spartans have enjoyed big-time success on the football field over the last couple of seasons, but the program still struggles to garner major respect nationally. That phenomenon was on full display on Wednesday morning, as Dantonio quickly became fed up with a radio interview conducted with Mike North and Andy Furman on FOX Sports Daybreak (h/t MLive.com).

The full interview can be heard above, but Dantonio unceremoniously hangs up in the middle of the proceedings and clearly isn’t happy with the direction that the hosts took. One example of this came with regard to not receiving national respect, and by this point, Dantonio was in shut-down mode:

“Well you know we’ve been in the top 10 the last three years. I don’t know. You do what you do. You guys are the guys always talking out there and you ask questions sometimes that don’t really make a lot of sense. You know, at this point in time we just focus on the future and we’re primed to do great things here in 2016 so we’ll be ready.”

As you will hear, that was the last of Dantonio’s side of the interview and the hosts seemed to take delight in this end result. Dantonio has, of course, embraced an edgier side when dealing with the media before, but in this instance, he just might have been in the right.