Mel Kiper Jr. predicts the landing spot of the player one scout said, “We get fired for mistakes like that,” about 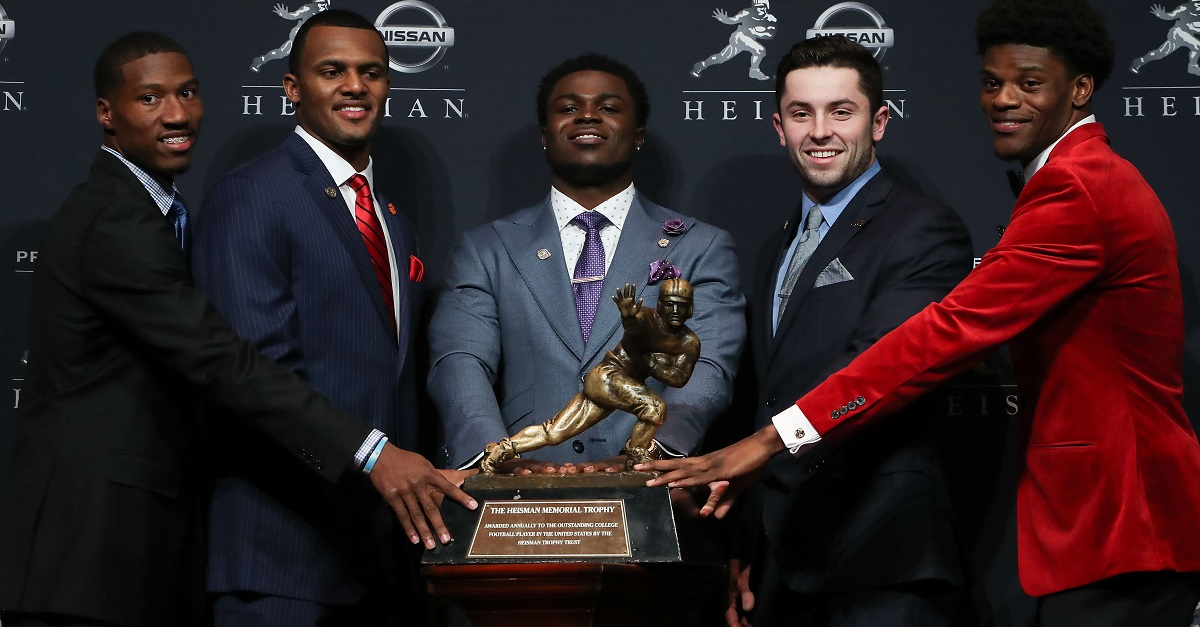 He was a Heisman finalist and one of the best college football players in the country, but at least one NFL scout wasn’t on board with Jabrill Peppers’ talents.

That won’t stop the New England Patriots, according to a prediction by Mel Kiper Jr., from snagging Peppers in the first round, at No. 32:

Mel Kiper Jr. tells me why @JabrillPeppers could be a fit for the @Patriots at the end of the NFL draft 1st rd.https://t.co/9nVIf0ijty

A Bleacher Report article by Matt Miller touched on Peppers, and it looks like one NFL scout isn’t fond of the Wolverines’ versatile defender.

“You’re going to draft a safety with a lucky interception in the top 10? We get fired for mistakes like that.” That’s what a director of college scouting texted me this week about Michigan’s Jabrill Peppers. As much as the media likes Peppers, the sense I get from NFL folks is the Heisman candidate is more hype than substance.

Peppers declared for the Draft just a few days after the 2016 season had concluded.

Peppers’ versatility did wonders for Michigan at the college level, but there are a lot of questions on if his lack of a singular position will hurt him at the NFL level. Peppers may be a little small (6-foot, 210 pounds) to be an NFL linebacker, and he didn’t played much in coverage this year with the Wolverines.

Peppers has a lot of potential at the NFL level, but it is going to take the right team finding the right position for him.