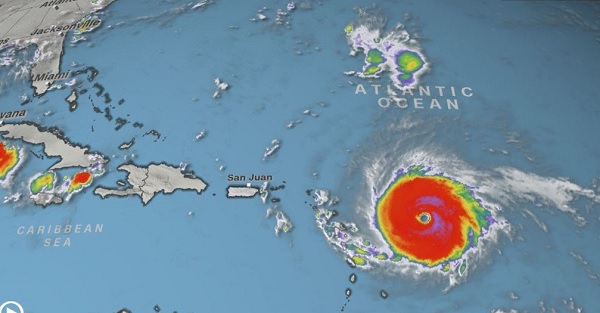 Thanks to Hurricane Irma, the game between Central Florida and Memphis is now expected to be played at 6:30pm on Friday, Miami’s slate with Arkansas State has been officially cancelled.

BREAKING: Saturday's Miami at Arkansas State game is cancelled over Irma concerns. Rescheduling in 2017 is not possible.

NEWS: @UCF_Football's conference opener vs. Memphis moved up to Friday at 6:30PM due to #HurricaneIrma

The NFL’s contest between the Miami Dolphins and Tampa Bay Buccaneers also won’t be played in Miami on Sunday.

Dolphins home game vs. Buccaneers, originally scheduled for Sunday at 1 p.m. ET at Hard Rock Stadium, will not be played in Miami on Sunday.

NFL examining other options, including playing game this Sunday at a neutral site or in Miami later this season; hoping for decision tonight

Bucs-Dolphins game likely to be rescheduled for Week 11 (Nov. 19), when both teams have a bye, per @JeffDarlington. Not final but likely.

Irma is currently projected to make it way through the Caribbean and start impacting Florida and the Atlantic coast of the U.S. this weekend.

We are fairly confident about progress of Hurricane #Irma over next 5-days, however, uncertainty greatly increases thereafter.
GFS 12z: pic.twitter.com/RWnU90ikxa

Other college football games that could be impacted included Northern Colorado at Florida and Alcorn State at Florida International. This story will be updated as more information is made available.