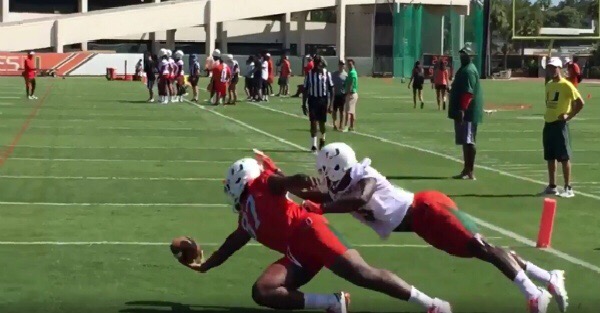 Michael Irvin II is a 6’3″, 230-pound three-star tight end at the University of Miami.

And while he’s playing his father’s sport at his father’s alma mater, one trait didn’t translate over, and that’s route running as evidenced in this jumbled up play. Irvin II is about an inch taller and 20ish pounds heavier than his father, but Irvin’s crisp routes and sharp cuts are stark in comparison to the shifty tight end.

At least he can make circus catches, right?