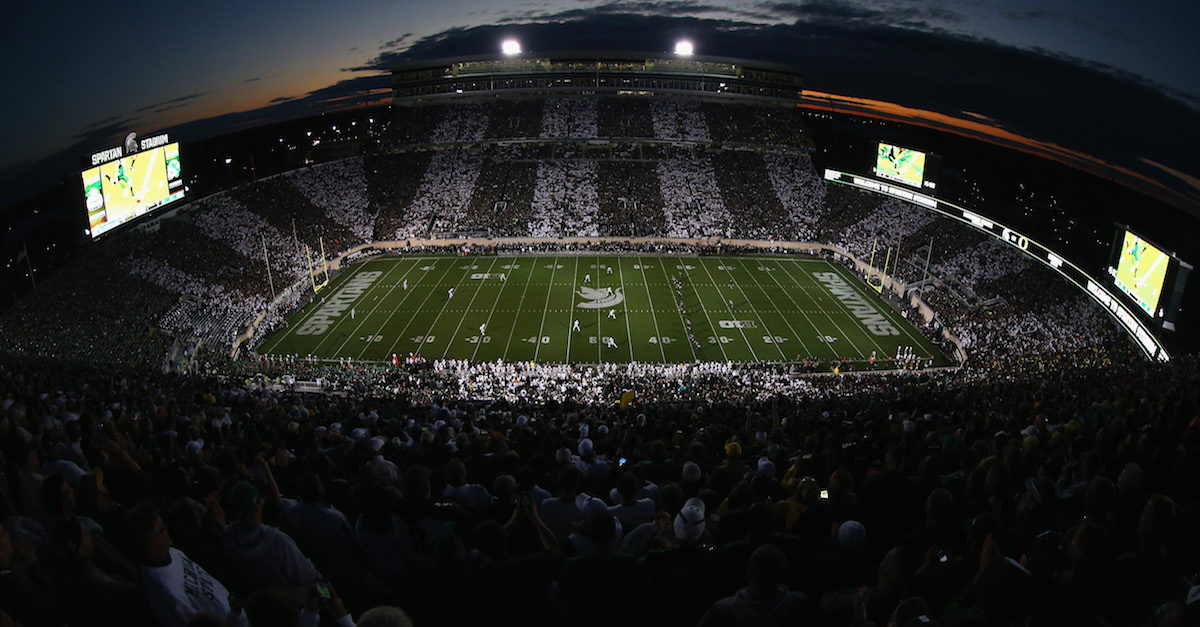 Three Michigan State football  players were kicked off the team after they were charged Tuesday morning in a sexual assault case.

If convicted they face 15 years in prison, according to MLive.com.

The charges, according to Ingham County Prosecutor’s office, stem from an incident on Jan. 16 in which the three players are alleged to have sexually assaulted a woman in an on-campus apartment. The investigation was led by the Michigan State University Police, and it took four months to complete.

The press release by prosecutors office  also said that authorities decided not to seek charges against a fourth individual.

After the players were charged, they were dismissed by the team, and head coach Mark Dantonio issued this statement:

?With the criminal sexual conduct charges filed against Josh King, Donnie Corley and Demetric Vance, I have decided that regardless of the final outcome of the criminal process, these three individuals have been dismissed from our program, effective immediately.

?When we choose student-athletes to come to MSU, we enter into a relationship with them and their families, and we welcome them into ours. We emphasize that success on the field is not enough, as I made clear when all three individuals were suspended four months ago upon us learning of the allegations. They also must embrace our core principles, which include integrity, respect and accountability. The individuals in this case put themselves in a compromising position and did not live up to the standards we have outlined for our program.

?Sexual assault has no place in our community, and I want to share my deep concern for the young woman affected and her family.

The three players were part of Michigan State?s 2016 class ranked, which was No. 17 class in the country, according to 247Sports. All were 4-star  recruits.

This is the latest in a number of legal issues the team has faced over the last several months, and the Detroit Free Press has a detailed timeline. But among them — defensive end Demetrius Cooper reached a plea deal after he was accused of spitting in the face of a parking enforcement officer; Donovan Winter, a recruit, was arrested in connection with armed burglary and theft of a firearm. He never signed with MSU: and defensive end Auston Robertson was thrown off the team after he was charged with third-degree criminal sexual conduct.