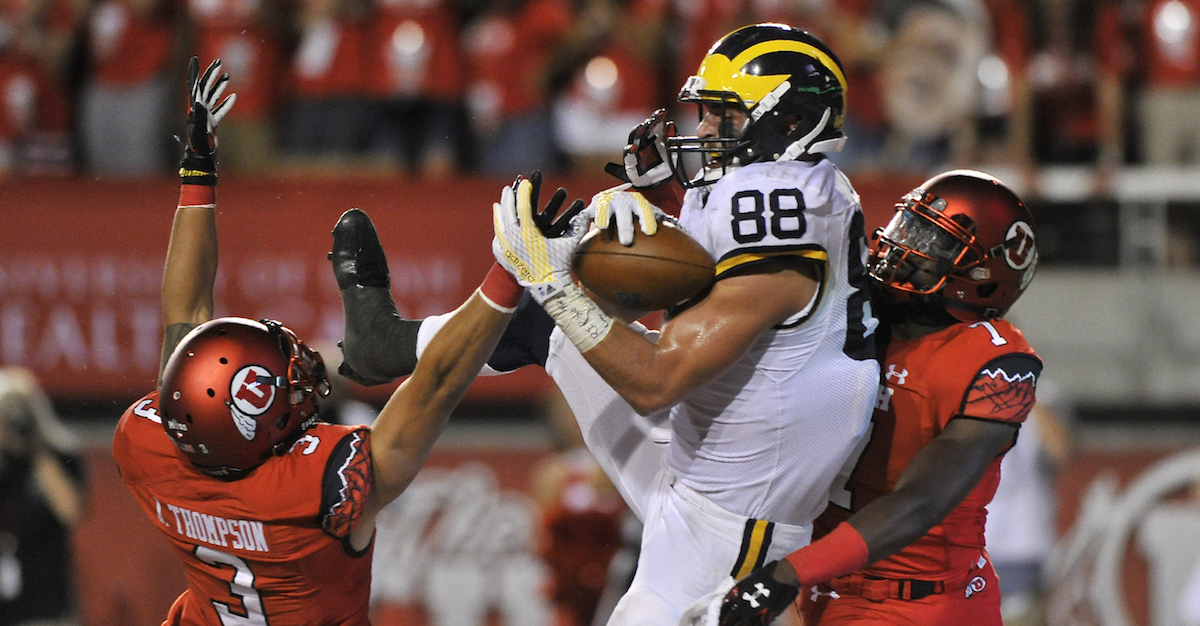 If the Michigan Wolverines live up to expectations in 2016, it will likely be on the strength of their defense. Don Brown’s crew boasts two sure-fire All-Americans in Jabrill Peppers and Jourdan Lewis, with a smattering of All-Big Ten level players in Chris Wormley, Ryan Glasgow and others. However, Michigan is going to have to put up some points to maximize their potential, and one expert believes that the strength of the team’s offense comes in the form of pass-catchers.

Bucky Brooks of NFL.com released a list of the five best pass-catchers in the country last month, and two (yes, two) members of the Michigan roster made the cut. First, All-American tight end Jake Butt came in at number two overall, and Brooks had this to say about the 6-foot-6 target:

It is hard to find an old-school tight end in today’s game, but Butt is a throwback with the size, soft hands and route-running skills to terrorize defenses between the hashes. As a polished route runner with a big body and a rugged game, he excels at “box-out” routes (option and Y-stick) over the middle. He overpowers defenders to establish position and uses his length to expand the strike zone for quarterbacks.

Although Butt does most of his work at short-to-intermediate range, he flashes enough quickness and burst to run away from defenders on sail routes (15-speed outs) to the boundary. Given his impressive work on critical downs and situations (third-down and red zone), Butt has all of the tools to thrive as a TE1 on any level.

The writer refers to Chesson as “the best route runner in college football” and refers to the senior as someone with “big-time running skills as a returner and playmaker in the open field”. Needless to say, Michigan’s quarterback (whether it be Wilton Speight or John O’Korn) will be tasked with getting the ball in Chesson’s hands, but he is always open and that is helpful.

Under Jim Harbaugh, it is hard to imagine the Wolverines slinging the ball all over the yard, but with options as good as Butt and Chesson, it would be difficult to avoid that game plan.