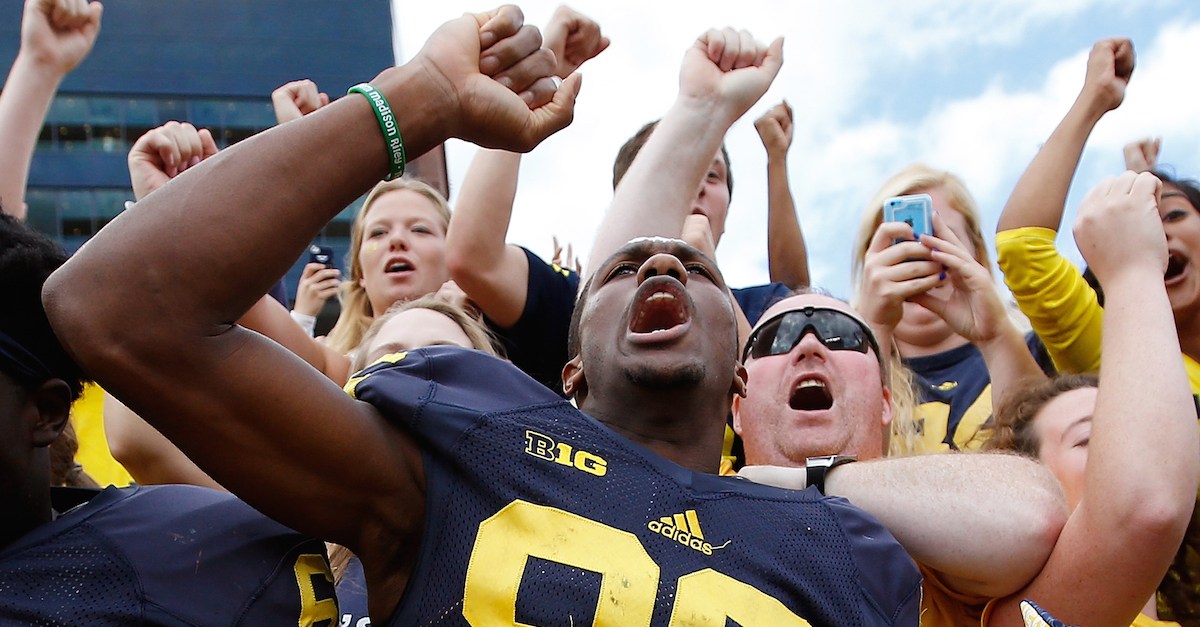 Michigan wide receiver Jehu Chesson received big-time praise for his evisceration of Florida cornerback (and 2016 first round draft pick) Vernon Hargreaves III in the team’s 41-7 drubbing of the Gators in the Citrus Bowl, and he earned it. The senior caught five passes for 118 yards and a touchdown in the blowout win, and Chesson further cemented his status as an All-Big Ten entity heading into his final season in Ann Arbor.

Unfortunately, that wasn’t the only thing that happened in Orlando on Jan. 1, as Chesson also suffered a torn PCL during the game that greatly affected his off-season. While he was able to finish the game in a productive manner, Chesson missed Spring Practice entirely and there was at least some level of skepticism that Michigan’s top returning wide receiver would be ready to roll for the 2016 season opener.

Now, that skepticism has evaporated. Chesson spoke with Nick Baumgardner of MLive.com earlier this week and indicated that he is “ready to roll” against Hawaii:

“No restrictions, I hit the ground running Aug. 8. No setbacks either. I’m ready to roll.”

Chesson also indicated he still “feels fast”, and that is the calling card of his game. The 6-foot-3, 203-pound wide receiver is perhaps Michigan’s fastest offensive player, and Chesson has also transformed himself into an upper-echelon technician on the outside, which he put on full display against Hargreaves III and others in the Citrus Bowl victory.

Michigan does have other excellent pass-catching options, highlighted by the country’s top tight end in Jake Butt and fellow wide receiver Amara Darboh, but Chesson brings a different element to the table. With the Wolverines still facing a quarterback controversy, it will be nice to give either Wilton Speight or John O’Korn a full complement of options at the outset of the campaign, and it looks as if Jehu Chesson is healthy and primed for another highly productive campaign.