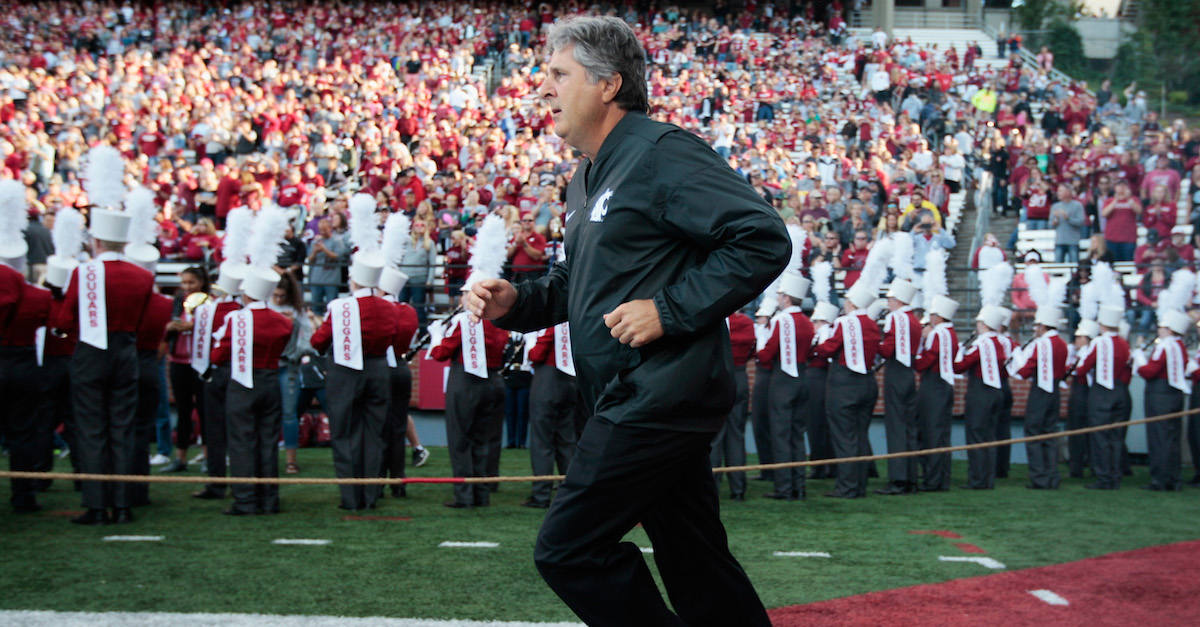 Mike Leach is one of a kind and he placed that reputation on full display yet again this week. On Monday, Leach took to the podium for his normal press conference and, during the course of the discussion, Washington State’s head coach was prompted about his choice of a team captain for 2016.

In short, Leach has the craziest reason imaginable for selecting Jamal Morrow for the role and he provided his rationale in the video above. Here is part of the transcript (h/t Sam Cooper of Yahoo):

“So then I thought, ‘Should I get the biggest guy on the team or the littlest guy on the team?’ And then I thought, ‘Jamal Morrow was on The Price Is Right and was fairly lucky and went to the final round and almost won the sucker.’ He was closest to the price but he was over by like three dollars. The other person’s under by like 60 dollars, but since he’s over he loses. So I figured Jamal Morrow’s a lucky guy, plus he’s got pretty good energy to him, so why not Jamal Morrow?

“And then Jamal Morrow goes out and did have an amazing knack for winning the (coin) toss. He wins it almost all the time. I’m serious about this. I don’t know what his record is, but it’s something incredible. But I don’t even really care about that because one way or the other you get the ball one half or the other, except one time when I played Nebraska. Morrow had a funny tendency to win, and then I’m thinking, ‘I don’t want to sit here of and think out a new guy to do it.’ So Jamal Morrow has gone out there for the coin toss for about two-and-a-half years and quite honestly done a tremendous job in my opinion. And then we got on a roll and I liked it even better.”

This is, of course, an absurd decision-making process, but Mike Leach is famous for thinking outside of the box. Seeing Leach and reporters go on about this particular topic for minutes on end was a pleasure and, in short, it was a wondrous occasion. Enjoy.