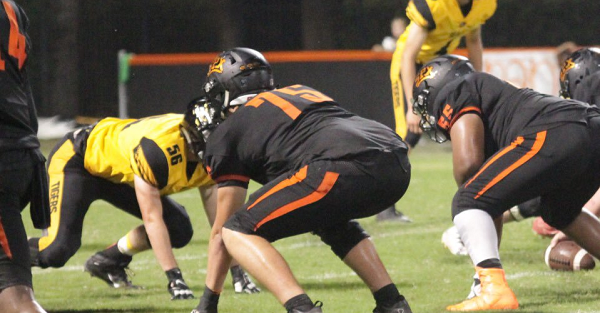 It’s not often that the children of professional athletes end up going on to be as great as their parents and play Division-I sports or make it to the ultimate level of play in whatever it is. However, Tyler Vrabel is getting a chance to do that with his commitment to play football at a Power 5 school. And yes, he’s the son of the legendary Patriots linebacker Mike who won three Super Bowls with the Patriots. The younger Vrabel took to his Twitter to make the announcement:

While it isn’t Ohio State like where his pops played, it’s certainly a big time commitment for the three-star offensive tackle. The 6’4″, 255-pound Houston native is ranked as the No. 150 offensive tackle in the class of 2018 and the No. 229 recruit in the state of Texas by the 247Sports Composite Rankings.