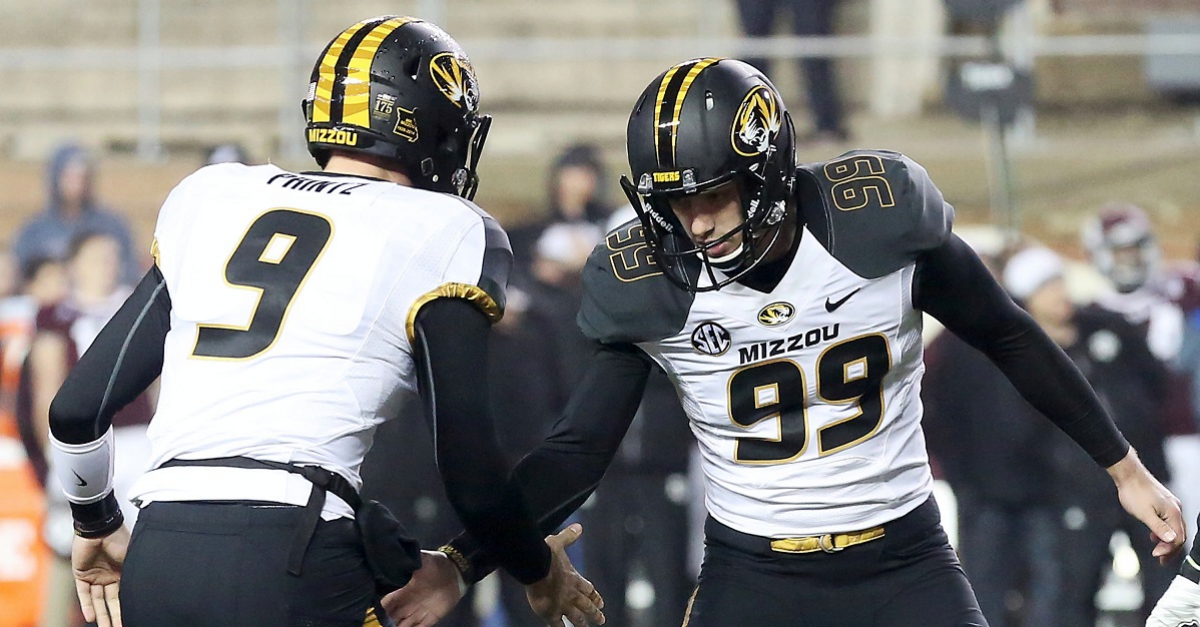 The Missouri Rivals page reported on Wednesday morning that backup quarterback Eddie Printz has announced his intention to transfer from the program.

A statement from Printz, via Rivals:

I would like to thank The University of Missouri, Coach Odom, the current and previous coaching staff, my MIZZOU Teammates, The Tiger Scholarship Fund, the great fans of MIZZOU Football and everyone involved with Missouri Football for the opportunity the university gave me to attend and play football on scholarship. After May 15 when I receive my diploma from the Trulaske College of Business at The University of Missouri I will be transferring as a graduate student.

This adds more to the quarterback turmoil at the school, as regular starter Maty Mauk is dealing with his third suspension in the last year after video surfaced of him allegedly snorting cocaine. Mauk was replaced by freshman Drew Lock in the starting lineup at the during his two suspensions during the season. Lock did not have much success in his trial by fire, throwing for a 49-percent completion rate with eight picks.

Missouri will still have two non-Mauk quarterbacks on the roster after Printz’s transfer, but with all the controversy the school is currently embroiled in, this is one of the last things they wanted right now.

Printz — a former three-star recruit — will be eligible to play immediately after his transfer if he completes his graduation requirements.