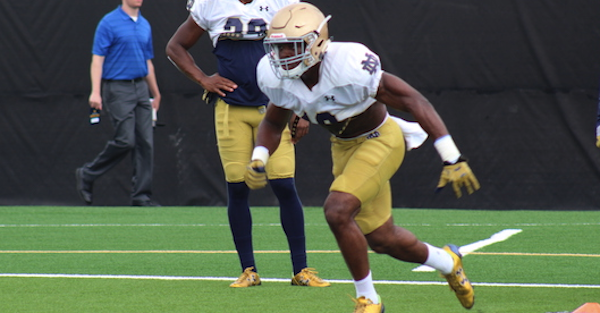 The Syracuse football program was understandably excited about the opportunity to add a former Notre Dame defensive back to the fold for the 2017 season and beyond. Mykelti Williams, who spent the last year at Iowa Western Community College, was set to transfer to the Orange but, according to a report from Syracuse.com, that will not be happening after all.

The report indicates that Williams “was not admitted to the university and will not be joining the team” at this time, though no explicit reason has been given for the hiccup. The 6’0, 200-pound defensive back was a top-100 JUCO prospect coming out of Iowa Western and, prior to that, Williams spent just one season at Notre Dame after arriving as a three-star with prominent offers from Ohio State and Alabama.

This is certainly a hit to the projected depth chart for the Orange but, in the same breath, Syracuse is not void of talent in the secondary and it isn’t as severe of a blow as a result. Syracuse actually returns a great deal of talent under Dino Babers in 2017, though a (very) difficult schedule provides an impediment for big-time success. Regardless, Syracuse will be operating without Mykelti Williams after planning to have him on the roster.