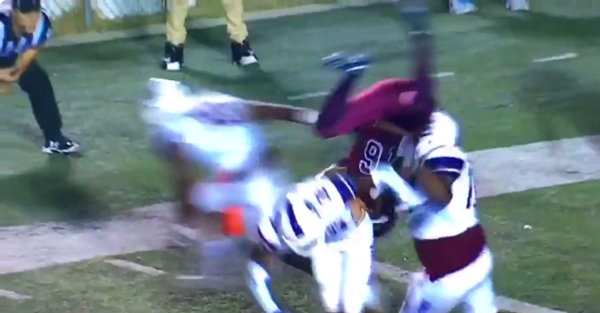 The MEAC might not be known for putting a ton of players into the NFL, but they’ll definitely be talked about a little more after this epic hit. N.C. Central quarterback Naill Ramadan was trying to score a two-point conversion to tie the game against S.C. State late in the game. Unfortunately for him, he ran into two brick walls that flipped him and his world upside-down.

That’s some excellent tag teaming from the S.C. State guys. I’m sure they’re hoping for more of those opportunities down the road because that is probably as fun as it looks.