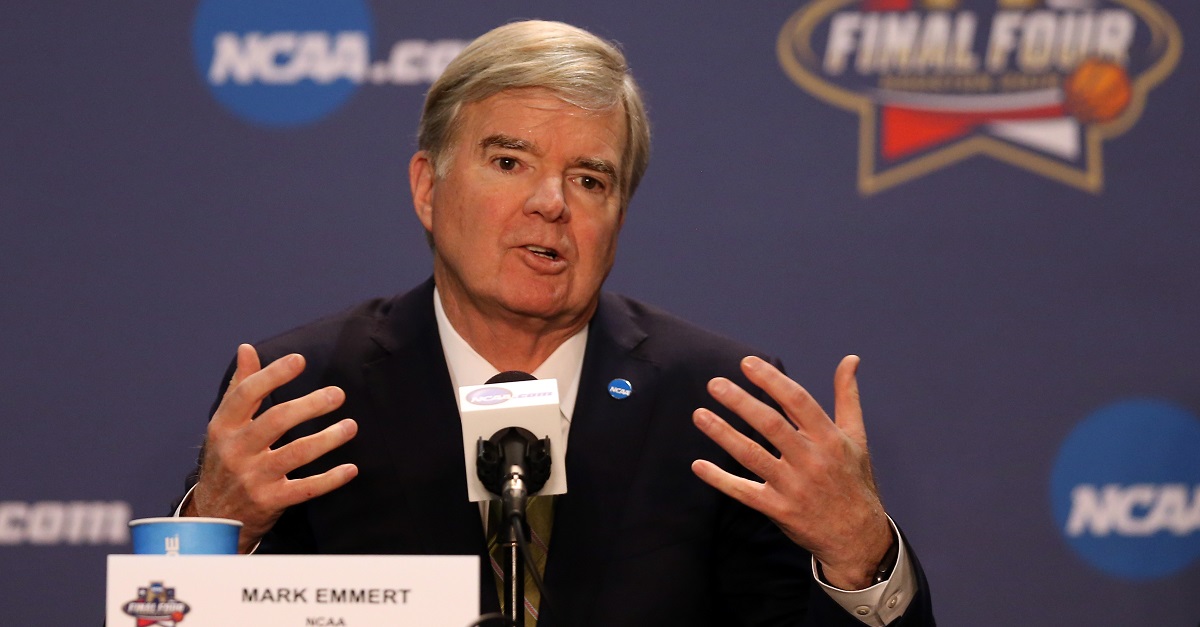 NCAA President Mark Emmert might want to remember exactly who he’s serving as the governing body of all collegiate athletics. While he does get most of his recognition from what he does for the Power Five schools, he still has to serve the Group of Five schools and everyone else still.

RELATED: The most powerful man in the NCAA is also in favor of major Playoff change

So it might be a little concerning when he says this:

Mark Emmert on the CFP: “I'd like to see all five of the conference champions get in the playoff.”

There are actually ten conferences though and an eight-team Playoff certainly wouldn’t accommodate all of them still. So he either actually meant just the Power Five conferences or he totally doesn’t know how many conferences he’s in charge of as NCAA President. Yikes.